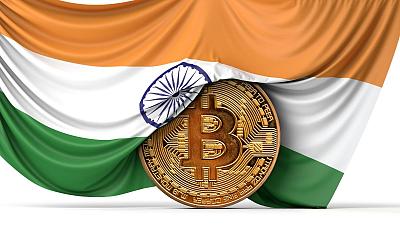 India May Not Ban Cryptocurrencies After all

Reports that the upcoming bill could impose a far-reaching ban on cryptocurrencies may have been unfounded. A former financial secretary says the bill wasn’t finalized and was unlikely to result in a total ban.

India’s parliament may not go for an outright ban on cryptocurrencies and could instead try to regulate the burgeoning sector. According to former finance secretary Subhash Garg, information about the yet-to-be-published bill the sought “to prohibit all private cryptocurrencies” may have been misleading.

According to Garg, the proposed bill was yet to be published or made available to lawmakers, meaning how “private cryptocurrencies” are defined remains unknown. Therefore, Garg, who drafted the original bill, said the bill’s description as a ban on crypto was “perhaps a mistake.” He explained:

“It is misleading to say that private cryptocurrencies will be banned and to intimate [the same about the government].”

Doubtful that the bill would be handled in December

The former finance secretary said the draft bill aimed to prevent cryptocurrencies from being used as currency, noting that the crypto economy extends beyond that concern. He disputed the idea that cryptocurrency can be classified as a taxable commodity, calling that an “oversimplification.” He explained:

“The government is probably dealing with only the currency aspect of it.”

As previously reported, Garg was also doubtful that the bill would be handled in December’s upcoming parliamentary session. He said:

“It has not been considered by the Cabinet, and therefore I have even doubts whether this bill will get introduced.”

People in India are panic selling

Last month, a parliamentary meeting chaired by the Prime Minister on crypto discussed the impact of crypto ads extensively as they are deemed misleading. As a result of the meeting, cryptocurrency exchanges Bitbns and WazirX stopped advertisements. However, it’s important to note that a previous parliamentary session on crypto had ended in a consensus on regulation and not a ban.

Despite the fears of a looming ban on cryptocurrencies, the PM has on multiple occasions assured India’s crypto community that India would not shut the door on cryptocurrencies. Her reassurances, however, haven’t stopped panic selling for fear of the unknown on the weight of the impending parliamentary agenda. Many investors began considering ways to protect their assets by transferring them to a hard wallet or moving them out of Indian exchanges.

Whatever the planned bill may entail, India’s retail crypto investors are jittery — even those who saw the crash this week as a buying opportunity. Answers may not come soon, however. Passing legislation is a lengthy process and, even if a ban is imposed, there will likely be an amnesty period for investors to liquidate assets safely.

How a $4M “Squiggle” Got Me Into NFT Art