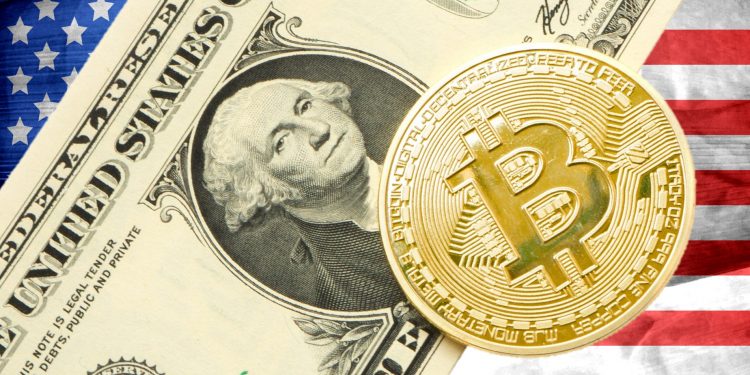 by Aaron Moses
in Markets, Politics
Reading Time: 4 mins read
0
Share on FacebookShare on TwitterShare on LinkedinShare via WhatsappShare via Email

U.S. President Biden proposed to change the U.S. tax code, including a plan to almost double taxes on capital gains. This would also impact the crypto market. As a consequence, Bitcoin and Ether sharply drop on Friday, April 23, 2021.

According to a new report from CNBC.com, the President of the United States just proposed a new capital gains tax for “wealthy Americans” at rate as high as 40%. The new tax hike that the Biden administration wants to pass will see the capital gains tax nearly double.

An excerpt from a recent bloomberg.com article reads:

“The new marginal 39.6% rate would be an increase from the current base rate of 20%, the people said on the condition of anonymity because the plan is not yet public.”

Devastating news after a bearish month for the crypto industry

Some have even insinuated this could signal the end of the bull market itself. It’s been a bearish month for the crypto industry in general. Nearly the entire market took a 25% recession earlier this week. This being considered, the market is highly vulnerable at this moment. And it’s possible there could be a big correction coming for Bitcoin and major alts.

And while those in who reside in countries outside of the U.S. won’t be affected by this legislation directly, this news could impact their investment portfolio significantly.

This news is rather disappointing, considering that Ethereum just broke it’s all time high in price and surpassed levels higher than $2600 per Ethereum. After the annoucnement of the planned tax changes, Ether dropped by more than 10% to as low as $2,140, just a day after climbing a record $2,645.97. Bicoin weakened as well, falling 3.44% to $49,903.71.

Another quote from the Bloomberg.com article reads:

“President Joe Biden will propose almost doubling the capital gains tax rate for wealthy individuals to 39.6% to help pay for a raft of social spending that addresses long-standing inequality.”

The issue with this proposal is that the Biden administration is targeting the wrong tax bracket. Anyone who has a net worth of greater than $1 million isn’t really wealthy these days – especially considering the standard of living now in the U.S. Let’s say someone makes exactly one million dollars in crypto trading in 2021. The following year they’ll have to pay in taxes $400,000 in taxes and more, most likely considering capital gains tax. Does having $600,000 dollars in the bank make you wealthy? This is pennies in all reality.

Imagine paying nearly half of all your earnings yet receiving no healthcare. The point being made is that Americans don’t really receive much in terms of social benefits. Yet, they pay the highest taxes in terms of any other crypto traders in the world. And considering the CEO of Amazon, Jeff Bezos, paid not a cent in taxes during the year 2020, it is absurd that this is the Biden administration’s idea to solve inequality. It’s just a way to cover the inflation cost of the insane money printing the Federal Reserve has been doing.

Where do taxes go in the US? You pay for healthcare and university as well. It actually baffles me

I’m ok paying 33% CGT in Ireland because I get free healthcare and my Nursing degree cost me nothing, but I don’t understand what you get back in the US?

Some in the crypto community have stated that this is only short term bearish news. This is because the law has yet to be passed and the hurdles of hurdles of it passing the house and senate are huge. Even if it is passed it will take a year to go into effect. And at this point, it’s likely the bull market will have seen its run. So, there is still hope for major gains to be made and the bull run has yet to be canceled.

Quantitative Adjustment Of The Fed And Cryptocurrencies

Cryptocurrencies have had a crazy 2022 with many of them crashing during the most recent bear market. Not only the...