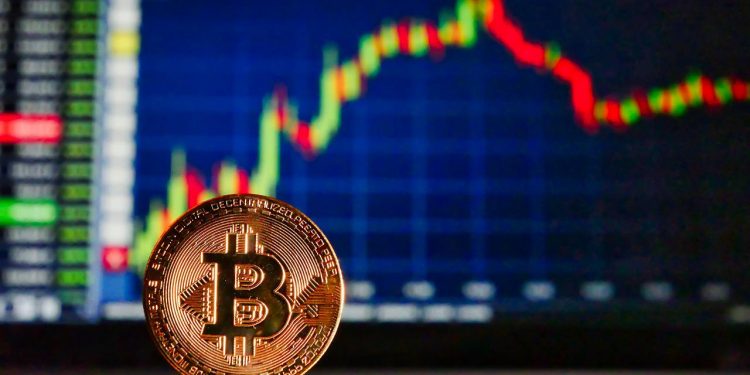  How World Events Influenced The Price Of Cryptocurrency

by blockzeit
in Markets
Reading Time: 6 mins read
0
Share on FacebookShare on TwitterShare on LinkedinShare via WhatsappShare via Email

The People’s Bank of China, Beijing’s monetary authority, issued a statement on Sept. 24 claiming that cryptocurrencies do not possess the same status as traditional monetary instruments. The notification, which was issued in collaboration with nine other government agencies, including the Bureau of Public Security, declared all associated operations to be illegal and warned that bitcoin transactions originating outside of China would be treated the same way.

Between 2019 and 2020, more than $50 billion worth of cryptocurrencies departed East Asian accounts for destinations outside the region, according to the Chainalysis Blockchain data platform.

Because China has such a large presence in East Asian cryptocurrency exchanges, Chainalysis believes that a large portion of the net outflow of cryptocurrency was due to Chinese capital flight.

Although Chainalysis does not have a precise figure for how much money left China between 2019 and 2020, they believe it to be in the $50 billion range.

China imposes a $50,000 yearly limit on foreign currency purchases as part of its existing tight capital controls. As a result, the capital flight enabled by bitcoin is particularly noteworthy.

Residents in China have been able to buy foreign assets more quickly and without the inspection of Chinese authorities thanks to Bitcoin.

Because Bitcoin and many other blockchain-based cryptocurrencies are decentralized, they can be used to bypass capital controls significantly more readily than a traditional currency transaction that relies on the banking system.

According to China’s official Xinhua News Agency, cryptocurrencies have disturbed the regulated economy’s financial systems and contributed to crimes such as money laundering, which has led to the prohibition.

Cryptocurrencies, or digital trade tools that aren’t linked to a central bank, first debuted in China in about 2008. In 2013, Chinese banks began prohibiting the usage of digital currencies, and rules were tightened in 2016.

China was the world’s largest Bitcoin miner and sponsored the largest Bitcoin exchange by volume. Many individuals who made millions when Bitcoin prices skyrocketed four years ago were said to be in China, according to many reports.

In the race to limit but profit from cryptocurrencies, Australia has emerged as a possible “crypto-friendly” country. The Senate Select Committee on Australia as a Technology and Financial Centre produced a report in October that endorsed cryptocurrencies.

These work in the same way as decentralized cryptocurrency networks in terms of self-governance, with blockchain technology and cryptocurrency tokens, used to manage participation and enforce regulations.

The choice for Australia is to tap into the immense economic potential of decentralized digital assets. It remains to be seen how this will affect the national economy. However, we can expect the policy to impact outcomes if history is a lesson to be learned from.

When the physical real-estate sector saw limited acceptance because to covid risks, a notion related to ‘Virtual Land’ emerged. Blockchains like Decentraland and Sandbox grew in popularity in 2021, allowing investors and participants to buy virtual land, resources, digital assets, and other items using utility tokens like MANA and SAND.

Because of this, Metaverse, 2021’s most famous buzzword, grew in popularity.

Despite the fact that meme coins were famous in 2021, individuals began to examine these hyped crypto players with a critical eye. As progress through 2022, the relevant range for a meme coin or any other volatile crypto asset appears to be driven more by value criteria, such as trading volume, global market cap, and so on.

Furthermore, with multiple tokens set to be regarded as Web 3.0 crusaders in the coming years, the value-over-hype scenario is expected to continue.

Despite ‘Crypto Hype’ hitting backstage in 2021, Elon Musk’s innuendos and cryptic tweets were unstoppable. However, in 2021, Tesla made a positive move by purchasing $1.5 billion in BTC, giving investors reason to be optimistic about the future of the largest crypto player by market size. Microstrategy agreed with Tesla’s bold goal of putting BTC on the balance sheet, making 2021 an excellent year for institutional purchase.

In September of 2021, Bitcoin was recognized as legal cash in El Salvador. While this was the most significant event in terms of establishing crypto legitimacy, other countries, like Zimbabwe, maybe consider similar issues urgently in 2022.

Cryptocurrency is gaining popularity as an economic asset class, technological infrastructure, and a social experiment in non-state-based infrastructure.

As a result, crypto communities are becoming more influential in public policy discussions. Crypto supporters, for example, were able to derail a major federal infrastructure bill in the United States last year.

Various jurisdictions, however, take different paths when it comes to policy and regulation.

It is viewed as a fiscal and ideological threat to national currencies by China and Russia, for example. Others see it as an opportunity for economic expansion, investment, and innovation.

As diverse ideas emerge, 2022 might be a watershed moment for the crypto business and those vying to ban or welcome it.

Countries that encourage crypto networks have reaped economic rewards in the form of innovation, investment, jobs, and taxation in the past.

Access to new demographics and technological efficiencies in treasury management are two business benefits of embracing crypto as a digital asset.

At the same time, the industry’s influence on policy and legislation shows that cryptocurrency isn’t a wholly decentralized entity that exists just on the blockchain.

In previous years, these events had a significant impact on the popularity of cryptocurrency. And that’s exactly what’s keeping investors upbeat till 2022.

While the prices will continue to fluctuate due to shrinking buying-selling ratios, it will be the sheer value of the crypto market that will propel it forward. If you are interested in sell crypto use only trusted places to do so.

How To Earn Crypto With Move-To-Earn