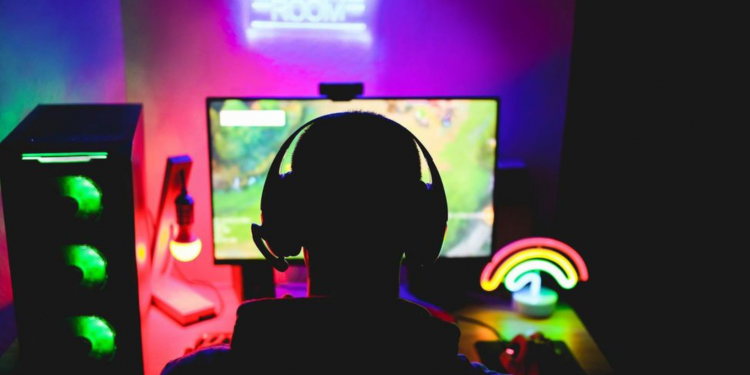 Keep yourself and your gaming gear safe

How to Identify GameFi Scams

by Edmond Herrera
in Metaverse
Reading Time: 5 mins read
0
Share on FacebookShare on TwitterShare on LinkedinShare via WhatsappShare via Email

GameFi is an up-and-coming industry that seeks to fuse traditional games with the financial opportunities possible with blockchain technology. But due to its infancy, the industry has seen its fair share of scams and rug pulls. Here are a few things you should look out for to keep yourself safe and informed.

Over the last few years, blockchain gaming has amassed countless users and investors. GameFi, as an industry has not only proven to be the most resilient during a bear market but is now being treated as the catalyst to introducing numerous people to the world of blockchain.

Sharing the same sentiment, countless GameFi projects appeared claiming their project will finally propel the industry to mass adoption. However, as much as we’ve seen blockchain games appear, we’ve also seen many of them fail and disappear. Although certain projects have indeed contributed a significant step into the industry, the projects that talk big game but severely underdeliver and projects that are outright scams are the most notable projects by investors online.

These projects damage the GameFi industry’s reputation. As investors and even as gamers, we can tell whether a project is worth the investment by how the project presents itself. But for beginners, this might not be second nature in contrast to people who have been in the space for some time. Scam projects seek to lure in beginners who are easily allured by the hype into spending their money thinking their investment is worth the trouble.

As such, there should be specific things you should look out for if you want to find red flags in GameFi projects.

GameFi projects are like ships. You can’t operate one without a crew and a captain behind it. As history tells us, cryptocurrency projects by an anonymous team are risky and can possibly lead to a Rug Pull.

The success of a game is dependent on the team’s experience. This is true for both web2 and web3 games. In GameFi, game mechanics(is the game fun?) is a huge factor in its success as opposed to CeFi or DeFi projects that are entirely dependent on its financial aspects. This is why we’ve seen many well-established web2 developers coming to web3.

Social Media is a good place to scope out their visibility. Moreover, it’s also where the project leaders update the project’s progress. So, it’s a great place to keep updated on their advancement. However, there are also rare exceptions that solid GameFi projects are made by an anonymous team, commonly called under a pseudonym. So it’s also important to take account other factors in addition to the project team’s experience.

Nowadays, AAA blockchain game titles are being developed left and right. This is mainly due to the narrative shift of players desiring crypto games that are more focused on in-game mechanics enjoyment rather than the earning aspect to it. Despite being a good thing for the space, this has also led to certain projects simply slapping the AAA titles to its developing GameFi project.

AAA games are described as high quality, high budget, and high profile games that are considered “blockbusters” in the gamer industry. In traditional gaming, AAA like Genshin Impact took up to 2 years and $200 million to develop. Now it is a huge success for gamers worldwide. GameFi projects that claim to develop an AAA game that would take only a few millions and will be completed within 12 months will most likely underdeliver in its grandiose promises.

It’s not a good idea to solely base a game’s reputation on its advertising and hype building alone. Although marketing is a good factor to consider, frequently hype alone is not enough to generate an informed opinion about the project.

For example, the infamous GameFi scandal based on the hit Netflix series at the time, Squid Game, squandered away $3.38 million in scams mainly due to the hype generated from the Korean Film. After netizens started to investigate whether or not the game was affiliated with the creators of the series, scammers immediately took all the money, leaving investors in disarray.

It’s important to asses the value of the project and determine how developers handle the structure of their game. In-game tokenomics, how profit is generated, burning mechanisms, and more. To thrive in the space, you have to take DYOR seriously.

Compared to other industries, the GameFi industry is still very much in its infancy. This is why despite the abundance of scams, the industry is treated with leeway for error to give it an opportunity to grow. Certain builders and investors believe that during this bear market, we will see many cryptocurrency projects go under or disappear and this will be a good thing for the industry.

Good projects will stay while the bad ones will leave due to despairing market conditions which are mainly caused by weak game design. However, as of now, people in the space, especially beginners, must equip themselves with the necessary tools to determine which projects are worth the dime and which GameFi projects are just looking to take your dime.

7 Cheapest Cryptocurrencies To Transfer To Your Wallet