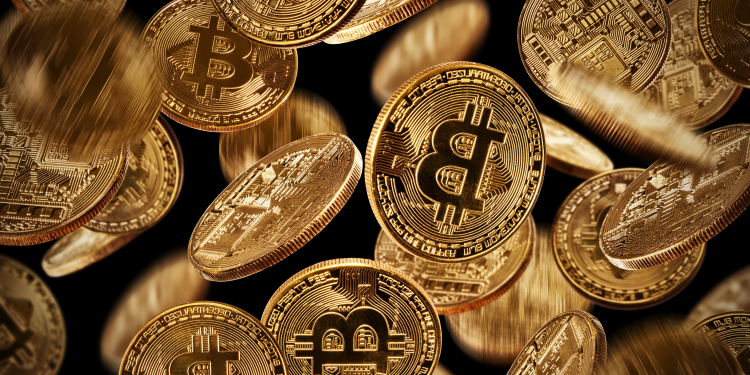 How Much Bitcoin Has Been Lost Forever?

Bitcoin has a market cap of $398B and remains the apex cryptocurrency. Interestingly, nearly four million bitcoins could be lost forever. A report by blockchain analytics firm Chainalysis estimated between 2.78 and 3.79 million bitcoins were lost-as much as 23% of bitcoins in circulation today could have- been lost for good. Of the existing 18.5 million bitcoin, about 20 percent – worth about $140 billion at this point – seem to be in lost or otherwise locked-up wallets.

Despite bitcoin being designed with a finite supply of 21 million coins, Cane Island Digital Research estimates only a maximum of 14 million bitcoins will ever circulate because of how quickly coins are lost.

Once 21 million bitcoins are mined, that is all that will ever exist, and more than 18.89 million of the total supply has been mined in the 12 years since it was released in 2009. That is from the total nearly 19 million circulating today, and a max supply of 21 million coins once bitcoin is mined completely.

That means in the next couple decades, the new bitcoins created by mining would amount to just 14% of the market cap circulating, which would amount to fewer than 3 million.

The ceiling means that, short of radical changes in the mechanism for supplying bitcoin, it will never exceed 21 million BTC in circulation. Despite being mined, since a significant portion of the circulated supply has been lost to mining, the real number of BTC available for use or exchange is far less than the circulated supply suggests.

Given the estimated 20% of bitcoins ($150 billion) lost permanently, the actual amount of available BTC is far lower than the total supply.

Based on the estimates and calculations above, we can conclude that 3.61m BTC are currently lost, accounting for one fifth of the supply. At the same time, the losses bring bitcoins ultimate limited supply down to 17.39 million, which could be good news for bitcoin holders. There are only about two million remaining bitcoins left to mine, and 3.7 million lost coins may increase as a proportion of the total available supply.

Through research into production times, there are estimates that about 3.61 million bitcoins were permanently lost in the form of dead coins. The implications of this amount of coins lost are potentially enormous to the cryptocurrency’s price. Millions of dollars of bitcoin, as well as other digital assets, are lost each year. Depending on how the bitcoin price compares with the dollar, media outlets have reported losing billions to tens of billions worth of bitcoins for good.

In fact, it is estimated that over $100 billion worth of bitcoins have been lost — but at least one company says that some may have been recovered. While nobody knows the exact figure, an estimated one-fifth of bitcoins that were mined were lost, mostly because investors lost private keys.

A recent study says about a significant number of bitcoins were lost due to lost private keys, representing an interval between 68,110 and 92,855 bitcoins recoverable — or between $3.6 billion and $4.2 billion.

Bitcoins may also be lost when the bitcoin owner dies without sharing his or her private keys, or making sure that the private keys are retrievable by their intended recipients. Self-custody places responsibility for security and the risk of loss with the user; if the user takes complete self-custody of their bitcoins and loses their private keys, bitcoins are lost permanently.

Just like fiat currency notes may become damaged and lost by accident while storing and circulating, bitcoin private keys may become lost.

Lost bitcoins are still stored on the blockchain like any other bitcoin, but the lost coins are permanently dormant, as there is no way for anyone to ever find the private keys that will enable them to be spent again.

Today, there is talk about how up to 20% of the bitcoins supply could be lost forever because account holders cannot remember their passwords. Bitcoin users routinely misplace or forget passwords, analysis from The Wall Street Journal suggests, and unlike fiat currencies, which could be recovered, these lost tokens are extremely unlikely to be returned to circulation.

Blockchain analytics firms used their exact methodologies to establish that none of bitcoins mined in 2017 were lost, and out of the BTC used in strategic investments and buying/selling, only about 4 percent were lost permanently.

Blockchain analysis companies think Satoshi’s original coin, one million coins worth, has been lost for quite some time, and between 30-50 percent of these Bitcoins which did not make any movement over the past couple years are missing as well.

According to a June 2020 report from Chainalysis, about 3.7 million BTC has been left untapped for at least half a decade — this is about $40.6 billion of Bitcoins that may never move again. And that is only bitcoin: An estimated 12,000 Etherereum were reported lost for good since 2018.

The supply of bitcoin is set to grow by less than 2 percent starting with the next halving in 2024, eventually dropping to less than 1 percent per year following the next block reward halving.