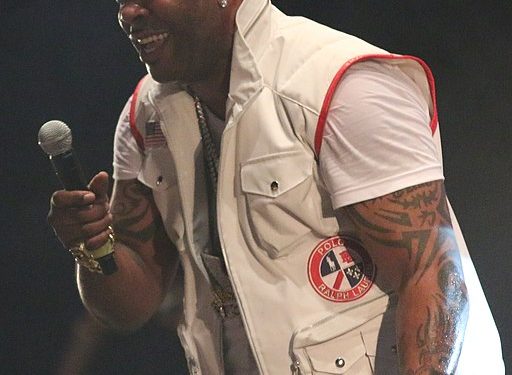 by Aaron Moses
in Bitcoin News, Trends
Reading Time: 3 mins read
0
Share on FacebookShare on TwitterShare on LinkedinShare via WhatsappShare via Email

Hip-hop star Busta Rhymes has made a list of tweets this past weekend showing the web that he has an interest in educating himself more about blockchain and crypto.

As most rappers do – Busta Rhymes has a great sense of humor. Many in the crypto world are not fans of Tiktokers so they found this amusing. And his tweets received replies from big names including the founder of Twitter Jack Dorsey. Also, Global Macro investor Raoul Pal. Pal is significant because he is one of the world’s leading experts in crypto and investing. And these are only a few people. No doubt Busta Rhymes will have more than enough resources to educate himself.

Busta Rhymes is in fact so interested in crypto education, that he brought up the idea to teach crypto in school.

However, Busta Rhymes isn’t the first person to introduce this idea. In fact, it’s already been happening in some places. An article on NBC from more than three years ago reported that Union Catholic high school in the U.S. began teaching its students about crypto currencies. The school’s motto is:

And they seem to be fulfilling their motto by educating young people in the cutting edge world of Fintech. No doubt Busta Rhymes will have an influence on young people also being a popular artist. This seems like a great catalyst for more crypto education. Hopefully it pays off. Michael Saylor certainly seems to think it will as he gave a thoughtful response to Busta Rhyme’s inquiry.

Busta Rhymes isn’t the only celebrity to speak about crypto either.

Veteran boxing champion Mike Tyson has been keeping an eye on the market as well. Mike’s tweet above also received responses from many of the same influencers and celebrities has Busta Rhyme’s tweet did. And Busta Rhymes isn’t the only rap star to express his interest in crypto. Snoop Dogg made a pun in a tweet a few months ago with his name as Snope Doge – and rapper Nas has been in the industry all the way back since 2013.

Eight years ago, Nas’s investment firm, QueensBridge Venture Partners, entered a Coinbase fundraising round back when the company was worth just over $140 million. Today, Coinbase is valued over one billion.

Even though the market is rather boring right now, there are still many exciting things happening in the industry now as Wave Jumper points out below.

Big Players like Grayscale and Mark Cuban are buying the dips. And Mark Cuban is still bullish on crypto even after losing a lot to Iron Finance.

Concordium to developers: join our revolution