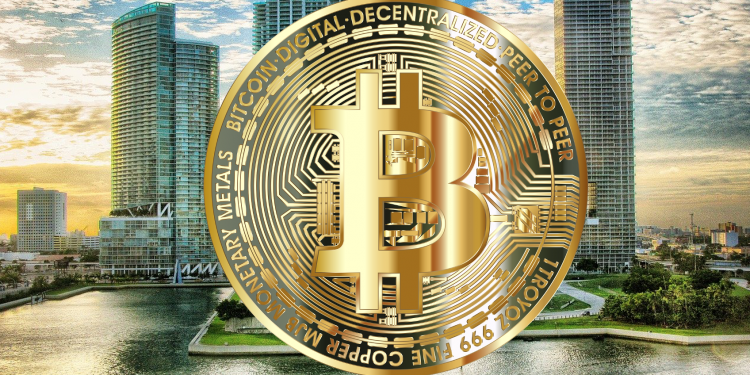 by Aaron Moses
in Bitcoin News
Reading Time: 4 mins read
0
Share on FacebookShare on TwitterShare on LinkedinShare via WhatsappShare via Email

The Bitcoin Conference in Miami is the world’s largest Bitcoin event. It took place from 04 – 05 of June at the Mana Convention Center in Miami. Last year’s event had to be canceled – this year it was one of the first major in-person business conferences since the start of the corona pandemic. The conference was sold-out and welcomed 12,000 attendees who were eager to talk about crypto, NFTs, blockchain – and all sorts of other crypto space stuff. Here are the highlights of this years Bitcoin 2021.

Max Keiser has been a long term investor in Bitcoin. He claimed he bought it while it was only $1. In an interview with Ran Neuner, Keiser was belligerently bragging about how soon Bitcoin would end fiat currency. He said:

He then proceeded to tear up a 10 dollar bill on camera which is a federal crime in the United States. He then said:

“With all the Bitcoin I have I can buy any congressman or senator I want.”

You have to hand it to Keiser though, he does have enthusiasm for Bitcoin.

One of the best comedians around is Tim Dillion who has appeared on the Joe Rogan Podcast multiple times. Tim brought a lot of light hearted comedy that was excellent to pick up everyone at a time where Bitcoin’s short term price looks bearish.

Tim asked many great questions also. And the Winklevoss Twins, the owners of Gemini Exchange, gave great answers. Tyler Winklevoss explained how while he was a big fan of Bitcoin, he also likes many other cryptocurrencies like Ethereum and doesn’t believe that there will be “one coin to rule them all” so to speak.

Kevin O’Leary, co-host of the hit TV show Shark Tank, shared his views on the future of cryptocurrencies and it appears that he couldn’t be more bullish. Ran Neuner asked O’Leary,

“What percent of your mind did you invest in crypto?”

“It’s 80 percent of my time. I am doing so much due diligence on so many deals, and there are so many commitments I’m making. I don’t see a bigger opportunity than this. Every single currency is going to be digital eventually. And the digitization of this is going to be a really interesting business model. I want to be a part of the companies that provide the infrastructure for that digitalization.”

The interview on stage brought up the issue with Bitcoin transaction fees while on stage with Dorsey. He said that because he predicts the global use of Bitcoin will go up massively in the next decade, that the transaction fees will go up. He then asked Dorsey how people in third world countries will have access to these networks with the expensive transaction fees. And Jack said:

“My belief in Bitcoin is that it’s an amazing asset. But I believe the internet needs a native currency and everyone in the world needs to be able to transact with it. The only reason Square got into Bitcoin is to that end. It’s not just to be an exchange. And that’s why we don’t deal with any other currencies or coins. Because we’re so focused on making Bitcoin the native currency of the internet.”

The Bitcoin Miami 2021conference was full of exciting moments and interviews with crypto experts and big time entrepreneurs. It is clear that the industry has matured in the past months and years and it will be interesting to see where it will be in a few years.

If you enjoyed this article you might also want to check out Seven Awesome Crypto Influencers To Follow.

What Is A Bitcoin Maximalist?