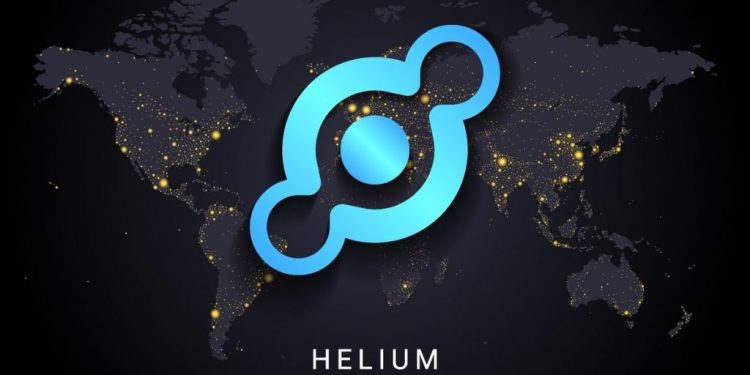 Helium, a decentralized wireless network powered by token incentives, offers a unique use case for crypto tokens, and the platform has grown in size over the last year. Now, the network’s founders and core contributors have raised significant new funding to continue building under a new name.

How Does Helium Work?

Helium’s goal is to build a dependable, decentralized, global network for IoT devices that is based on the community of HNT holders. The network is made up of nodes, which are Hotspots run by node operators who are HNT holders. Users are incentivized to participate in the network’s functionality by hosting Hotspots and managing nodes.

IoT devices are already supported by WiFi. Supporting as many different devices as possible, however, raises privacy concerns.

Helium solves this problem by utilizing a decentralized architecture and consensus mechanism that provides the network with 200 times the coverage of a WiFi connection with the IoT.

A unique way to mine crypto

Proof of Coverage is the network’s consensus mechanism, and it is also in charge of distributing rewards to HNT holders and node operators. To set up Hotspots, users must purchase a mining device from the Helium website. By connecting to the network, miners generate radio frequencies, while the Proof of Coverage mechanism validates Hotspot locations.

Participants in the network can take on one of three critical roles for the network’s operation: Challenger, Transmitter, or Witness. The system’s rewards are also determined by your role in the Hotspot network.

The company also announced that it will be known as Nova Labs, as part of an effort to reduce confusion between the Helium decentralized network/project, the blockchain that powers it, the Helium token (HNT), and the founding team.

“Helium is the people’s network,” Nova Labs COO Frank Mong explained. “We really wanted to change our name to make it clear that we do not own the network.” We are the creators and founders, but we open-sourced it, and it is critical to recognize that it is the people who are tirelessly growing and maintaining the network.”

Shawn Fanning (former Napster founder) and Amir Haleem co-founded Helium in 2013, and its initial wireless network was built for Internet of Things (IoT) devices like sensors and trackers. Users can share their home internet service by using a Helium miner/node, which distributes the signal over long distances and rewards users with HNT tokens for contributing to the network.

Helium announced the launch of a 5G network designed for devices such as smartphones, laptops, and tablets last year in collaboration with FreedomFi. Nova Labs and the Helium community will continue to look ahead as new wireless standards emerge, and that they will theoretically collaborate on future distributed networks.

“We’ve all been talking about 5G for the last five or six years.” “I’m sure there’s a 6G, 7G, or 10G around the corner,” a Helium source said. “We really need to be prepared for everything.”

The infusion of capital will be used primarily to grow the Nova Labs team from its current size of about 60 people. Helium (Nova)  is actively looking for engineers to help scale the network’s infrastructure to meet increasing user demand.

Goodyear Ventures is an unexpected addition to the list, because the company is interested in how Helium’s technology can power sensors located within the tires rather than the wheels or the car itself.

Another standout in this round is Deutsche Telekom, a traditional telecom behemoth that has now invested in Helium’s vision of a decentralized, token-powered network. However, it is not the most important mobile company in the mix: NGP Capital is solely backed by Nokia, whereas Liberty Global is the company behind Vodafone and Virgin Media O2.

This is similar to FreedomFi’s recent $9.5 million Series A funding round, which included mobile players Qualcomm and Samsung. Overall, Helium sees it as a positive sign for what the community is building collaboratively and decentralized.

These are great signals towards how disruptive and innovative the Helium network has become, especially when major players like Samsung and Goodyear are buying in. Helium (HNT) is currently trading at $25.35, up 5.25%.