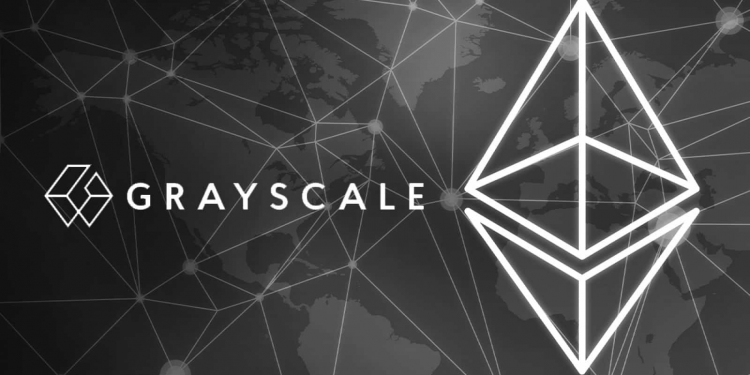 Grayscale to Dump All Their Airdropped ETHW Tokens

Grayscale Investments has announced its plans to sell all ETHPoW tokens received after Ethereum moved to a proof-of-stake consensus. The tokens were received by Grayscale Ethereum Trust and Grayscale Digital Large Cap Fund. Grayscale Investments filed a distribution of rights declaration with the US Securities and Exchange Commission (US SEC) over ETHW tokens.

The profits from the sale will be distributed among shareholders.

Grayscale is keen to note the issue of the lack of liquidity in the ETHPoW market. Since the Ethereum proof-of-work network only launched last week on September 15, there is uncertainty about its presence on any platforms and its sufficiency of liquidity.

The firm also notes its concerns about the high volatility of the token. It also shows the impossibility of predicting the price at which the sale will occur.

Currently, ETHPoW remains more of a mystery, as no one can predict the future of the asset. Additionally, the ETHW is currently worth $6.12 on CoinMarketCap, a drop from its listing price of $58.54 on September 3. Besides, it is over 20% down since it became public on September 15.

The ETHW is still IOUs, and those who eventually migrate to the hard forks will have the value of ETH reflected in the new tokens. However, there are concerns about which ETH proof-0f-work token will be listed.

In addition, blockchain developer and Emerald founder Igor Artamonov estimate the chances of the fork as small.

He argues that the developers of ETHPoW are mismanaging the project and that unless someone more professional joins them soon, the end will be catastrophic.