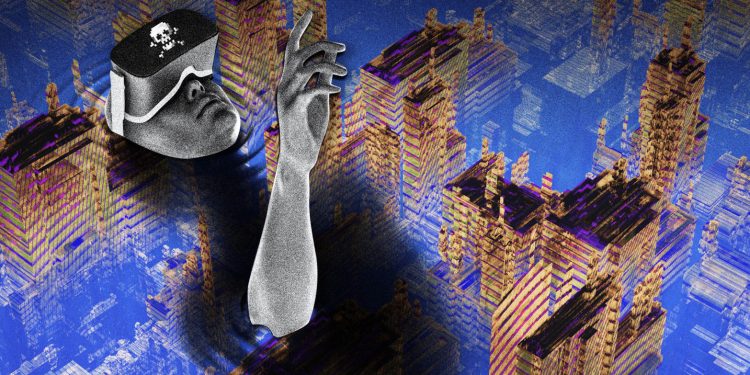 by Jay Speakman
in Metaverse
Reading Time: 3 mins read
0
Share on FacebookShare on TwitterShare on LinkedinShare via WhatsappShare via Email

Okay, FTX is dead and to be honest, good riddance. Crypto will recover. But what about the internet no one seems to understand (or want)? Remember the Metaverse?

With the rise of augmented and virtual reality, the concept of the metaverse became a hot topic- a shared virtual environment where people can interact with digital experiences and objects. Many businesses were (and still are) interested in exploring the potential of this technology to connect with their customers.

However, a report from Canalys states that most metaverse business projects will be dead by 2025, due in large part because companies (mostly Meta) seem to be pushing a version of the internet that nobody wants.

While AR glasses and VR headsets are a great way to access the metaverse, they still have their limitations. There is a need for a convergence of technologies to make the metaverse a reality. Qualcomm is one such company, which is in the business of producing chips for headsets.

Facebook’s founder, Mark Zuckerberg, has high hopes for the metaverse he wants to build-despite the fact that the company is facing major problems. It has lost 16 billion dollars in the past year, forcing it to cut costs. Despite Zuckerberg’s optimism, the metaverse is unlikely to become profitable anytime soon. Zuckerberg has since admitted mistakes in his approach, cold comfort for the 11,000 employees he recently fired, and vows to spend more and keep Meta focused on the metaverse.

And in this age of instant gratification and limited attention spans, could the Metaverse be dead before it even arrives? So far, it is clear that most people want nothing to do with a Meta-controlled metaverse.

Despite these predictions, major tech companies are investing in the metaverse, with McKinsey estimating that the global economy could be worth $5 trillion by 2030. Gartner predicts that a quarter of the world’s population will spend at least an hour a day online by 2030.

Doing what? Well, a lot of what people already do on the internet-chat, play games, listen to music and watch funny cat videos. Will it really be that much different in the Metaverse?

The technology is already available in many forms, including Hololens, Google Glass, and Magic Leap. In the future, companies can use this technology to design and create new products. For example, manufacturers can test their new products in a virtual environment, allowing them to get feedback from potential customers. Similarly, businesses can use the metaverse to interact with their employees and friends.

Another example of a company that can thrive in the metaverse is the gaming industry. This is where virtual interactions have been most popular. The games are so immersive that they have almost become their own conversation. As a result, a creator and gamer economy has emerged driven by play to earn gaming models featuring NFTs as in game items.

We hear a lot about the metaverse and consumer apps (like gaming), but the real development is happening in business. Many different sectors, including healthcare, manufacturing, and government, have found AR to be useful, and that interest has only grown as the technology has improved, the user experience has expanded, and new applications have been created. We should keep in mind that blockchain and the Metaverse are nascent technologies and there will be winners and losers. Yes, privacy and security will be top concerns as users won’t want to have their data mined by centralized actors like Meta and Google.

Yet, by taking a long view, the Metaverse may eventually become something we’ll wonder how we ever did without.

Square Enix partners with Cross The Ages as a Strategic Investor

How Much Does it Cost to Mint NFTs?