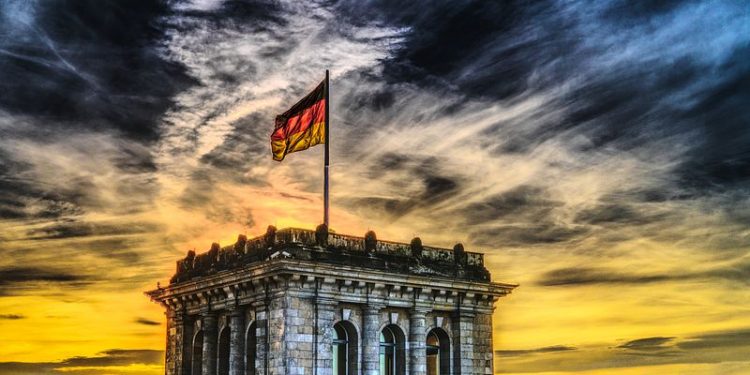 by Tom Nyarunda
in Bitcoin News, Markets
Reading Time: 2 mins read
0
Share on FacebookShare on TwitterShare on LinkedinShare via WhatsappShare via Email

Taking advantage of favorable crypto laws in the country, the German fund and asset manager has offered investors crypto investment opportunities. The group is already testing a pilot program and will convert a percentage of their funds into BTC.

The Frankfurt-based investment arm of the DZ Bank Group is a conglomeration of over 800 cooperative banks with an asset base worth $507 billion. The decision by one of the most significant asset firms in Germany to target institutional investors is the most powerful evidence cryptocurrencies are making an inroad into Europe’s largest economy.

Commence during the fourth quarter

The firm told Bloomberg that the initial BTC offering would comprise a small percentage of their funds and only be available to private investors. Portfolio Manager Daniel Bathe said each fund would be allowed a maximum of only 2% of their total asset. Without giving a fixed timetable, he added the program would commence during the fourth quarter. German investment expert Tim Kreutzmann projected the funds were likely to initially stay well below the 20% mark. He added:

“On the one hand, institutional investors such as insurers have strict regulatory requirements for their investment strategies. And on the other hand, they must also want to invest in crypto.”

Becoming an epicenter for crypto speculations

Germany is gradually becoming an epicenter for crypto speculations, especially among institutional players. The country’s lawmakers passed a law on August 2, 2021, that allowed institutions to hold cryptocurrencies. This opened the gateway for a more extensive take-up of advanced resources such as Germany’s annuity reserves. Germany’s financial watchdog, the Federal Financial Supervisory Authority, encourages blockchain innovation but has always urged caution with cryptocurrencies.

While institutional players are jostling to carve out a niche for themselves in the crypto sphere, individuals seem to have been left behind. A recent poll involving 42,000 people revealed that only 11% of Germans were open to digital assets. While the numbers are higher than the U.K and the U.S.A, Germany still performs better than most European countries. Kamil Kaczmarski, a financial consultant working at Oliver Wyman in Frankfurt, stated:

“We are observing an increased interest of mixed fund managers in crypto assets.”

Polygon and Mina: Building Bridges To a Decentralized Future