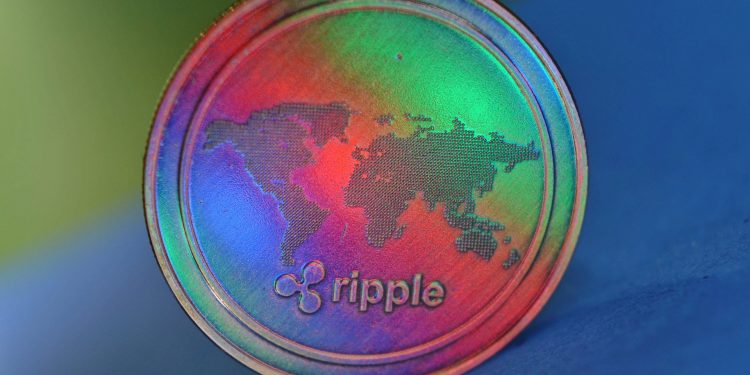 by Aaron Moses
in Markets, Politics
Reading Time: 3 mins read
0
Share on FacebookShare on TwitterShare on LinkedinShare via WhatsappShare via Email

On May 04, Ripple announced that the former U.S. Treasurer, Rosa Gumataotao Rios, will be joining the company’s board of directors. She is convinced that blockchain and crypto are the future of finance.

In a statement released in a letter this morning from team Ripple, Rios said:

“I’ve dedicated my career to financial inclusion and empowerment, which requires bringing new and innovative solutions to staid processes. Blockchain and crypto will underpin our future global financial systems. Cryptocurrency is the what. Ripple is the how.”

To hear this from someone who held a high position from a government institution as large as the United States Treasury is a big deal. But what does this mean?

The future of crypto

So, officials who served in high positions of major institutions like Rios are explicitly saying blockchain is the future of finance. But what we should be asking is how will this impact the futrue of crypto?

No doubt, if governments and financial institutions begin to further regulate cryptocurrency, they will likely crack down on owning certain crypto currencies. Basically, major institutions are afraid of people exiting the traditional finance system. They will do everything they can to keep the world in their system.

J. R. Willett, developer and early pioneer of crypto has warned that blockchain and cryptocurrency could lead to a dystopi financial system where every transaction ever made is tracked. Could this be an initiative that Ripple and Rios are a part of? When Rios said, “blockchain is the future” – could this be the new system of financial control that Willett was referring to?

What does Rios mean with “inclusion?”

Rios says she wants to dedicate her career to “Financial inclusion and empowerment”. But what does she mean by financial inclusion? When she says inclusion – is she referring to the percentage of people around the world without bank accounts? According to reports, nearly 1 billion people are not in the global financial system. There are certainly efforts to extend financial control over the rest of the global population. When institutions and financial institutions enter crypto, they will also want to “include” everyone in crypto under their control?

Ripple (XRP) has been replaced by Dogecoin as the fourth largest cryptocurrency by market cap earlier this week. Ripple has also added Kristina Campbell as it’s Chief Financial Officer. Campbell was previously CFO at PayNearMe. According to Ripple.com:

A dispute Ripple had with the SEC earlier this year caused controversy with major crypto exchanges. However, recent initiatives have allowed Ripple to regain access to listing on certain exchanges. So, the future of Ripple is moving ahead with momentum – but are its intentions for the crypto industry good or bad?

Cardano (ADA) Is On Fire: To The Moon And Beyond

Quantitative Adjustment Of The Fed And Cryptocurrencies

Cryptocurrencies have had a crazy 2022 with many of them crashing during the most recent bear market. Not only the...