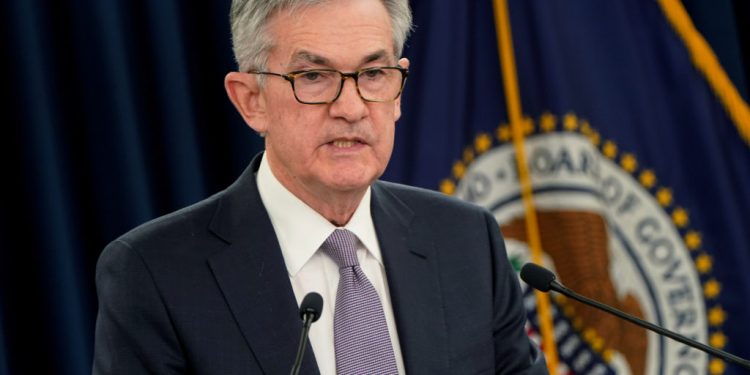 by Rickie Sanchez
in Politics
Reading Time: 3 mins read
0
Share on FacebookShare on TwitterShare on LinkedinShare via WhatsappShare via Email

The expectation that the rate will rise by 5% in 2023 is shared by 17 of the FED’s 19 policymakers. Officials have also come to the conclusion that they are aiming to strike a balance between the risks of doing too little and raising rates too high.

The meeting’s minutes, which were made public on Wednesday, revealed that policymakers remained concerned with curbing the rate of price increases that threatened to accelerate faster than expected and anxious about any misperception in the financial markets that their resolve to combat inflation was waning.

The decision made in December was met with relief from participants due to the mounting evidence that inflation had peaked, since both energy and goods prices had fallen. Members emphasized that they are more concerned about the potential consequences of easing too quickly and allowing inflation to soar. Therefore, policymakers at the Federal Reserve think a tight monetary stance would need to be maintained until data demonstrates inflation is on a persistent downward path.

When the Federal Reserve raises interest rates, it becomes more expensive for consumers and businesses to borrow money. This can lead to a slowdown in economic activity, as higher borrowing costs may discourage borrowing and spending. On the other hand, if the Fed lowers interest rates, it becomes less expensive to borrow money, which can stimulate economic activity by encouraging borrowing and spending.

In general, the Fed tries to achieve its policy objectives through careful and gradual adjustments to interest rates, rather than making sudden, large changes. However, in some cases, the Fed may need to act more quickly in response to changes in economic conditions.

It is important to note that the Federal Reserve’s monetary policy decisions, such as changes in interest rates, can affect financial markets in various ways. However, it is also important to consider that there are many other factors that can influence the price of an asset, such as cryptocurrencies.

Cryptocurrencies are highly volatile and their prices can fluctuate significantly in response to a wide range of factors, including changes in market sentiment, regulatory developments, and global economic conditions. As a result, it is difficult to predict with certainty how cryptocurrencies will perform in response to changes in interest rates or other factors.

It is always important for investors to carefully consider their investment goals, risk tolerance, and financial situation before making any investment decisions. It is advisable to consult with a financial advisor or professional for personalized advice on investing in cryptocurrencies or any other asset.

Binance to purchase Gopax and Return to South Korea