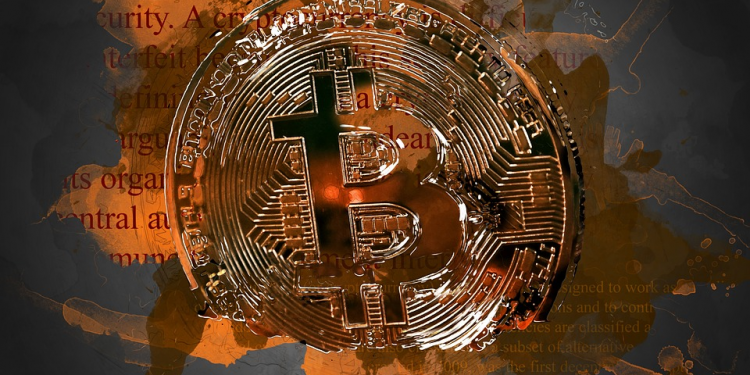 by Sammy Ugay
in Markets
Reading Time: 3 mins read
0
Share on FacebookShare on TwitterShare on LinkedinShare via WhatsappShare via Email

Despite a rollercoaster ride in 2022, major players are still bullish on the future of Bitcoin. According to Bloomberg, the popular financial platform sees a bright future for the digital asset, citing strong reasons for its potential rapid growth in 2023.

In recent times, there has been a growing concern among market analysts and investors about the potential impact of a global recession on the cryptocurrency market, particularly on Bitcoin and other digital currencies. Bloomberg, a leading financial news and analysis provider, has weighed in on this matter in its most recent cryptocurrency outlook report.

According to Bloomberg, the potential for a severe global economic shutdown in the upcoming year of 2023 may be a major factor in shaping the performance of cryptocurrencies. The analysts at Bloomberg believe that in most scenarios, Bitcoin is likely to come out ahead. This sentiment is echoed by many notable figures in the cryptocurrency industry, with many traders and investors expressing bullish views for the new year.

One such figure is Alistair Milne, the founder of Altana Digital Currency Fund. Milne predicts that Bitcoin’s value could reach $45,000 in the coming year, as inflation is seen to be in favor of the asset.

The report also examines the inverted yield curve, which indicates that long-term interest rates are lower than short-term interest rates, as a possible indicator of economic growth slowing down, with implications for all assets. Bloomberg analysts suggest that Bitcoin’s value could decrease to $12,000 or even $10,000 as a result, meaning it could lose between $4,490 and $6,940 of its current price. However, the report also points out that despite this potential decrease, Bitcoin is still expected to make an upward comeback in the long run.

Another possible scenario that the report considers is the Federal Reserve and central banks being forced to ease back on deflationary forces resulting from declining asset prices. If this were to happen, Bloomberg suggests that Bitcoin could transition to become a digital version of gold, performing similarly to the metal and US Treasury long bonds. However, the report notes that a swift recovery in declining GDP and asset prices appears to be less likely in this scenario.

In conclusion, while the potential for a global recession may have negative implications for the cryptocurrency market, it is important to note that there are multiple potential outcomes and scenarios that could play out. Bloomberg remains bullish on the long-term prospects of Bitcoin and other digital currencies, and suggests that investors should closely watch for signs of the Federal Reserve’s actions and the yield curve as indicators of how the market may develop in the coming year.

The Futureverse – Everything You Need to Know