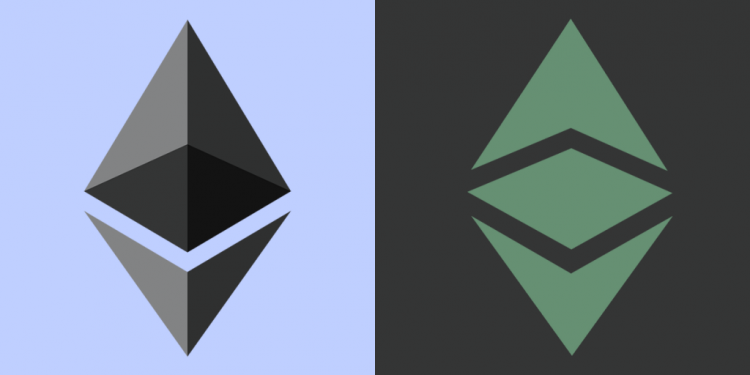 Ethereum vs Ethereum Classic: Which is better?

When comparing the two, keep in mind that the hard fork was considered extremely controversial at the time and was hotly debated.

Many saw it as the only way to save Ethereum’s reputation. Others, however, saw it as a betrayal of the purpose of blockchain technology: to prevent things from being manipulated based on human whim.

As a result, the ETC community claims that they have remained steadfast in their belief that the blockchain should never be altered. Their network includes the original blockchain, which contains every transaction, including the exploit. Critics of ETH argue that future forks could occur for any reason deemed worthy of breaking the rules.

ETC is worth $73.62 as of September 6, 2021. Ethereum Classic reached an all-time high of $176.16 in May 2021, at the peak of the crypto market’s bull run. ETC is the native token of Ethereum Classic, but many investors confuse it with Eth classic price or Eth classic stock.

The Ethereum Classic mainnet split on September 3, 2021, as a result of an exploit that had previously affected Ethereum a few days before – the “Go Ethereum” client. This resulted in an unplanned hard fork and a 20% decrease in mainnet hash rate. However, as with Ethereum, as nodes were updated, investors and daily volume were unaffected.

In comparison, the Ethereum community felt compelled to take drastic measures because so much investor money had been lost, and trust in Ether was dwindling. ETH benefited from the backing and support of co-founder Vitalik Buterin, who is well-known and influential in the cryptocurrency community.

Today, ETH is more popular than ETC and has the commercial support of the Enterprise Ethereum Alliance, which has more than 200 members, including financial titans such as JPMorgan and Citigroup. It hosted a flurry of ICOs in 2017, is supported by almost all cryptocurrency exchanges, has a larger development team via the Ethereum Foundation, and this version of Ethereum is now at the core of decentralized finance.

As of October 30, 2021, the price of Ethereum had broken through the $4400 resistance level, but has since retreated slightly.

As with ETC, the previous all-time high was $4362.35, which occurred in May 2021. The major Ethereum development is the London Hard Fork, which introduced EIP-1559, which aims to reduce the volatility of ETH gas fees, which can be infamously high at times. This is part of Ethereum 2.0, which will eventually see the proof-of-work blockchain merged with the proof-of-stake blockchain.

Which should you buy, Ethereum or Ethereum Classic?

The Ethereum Classic network has a market cap of about $9.5 billion as of September 2021, which is a fraction of Ethereum’s $460 billion valuation. This is due in part to ETC’s decision to follow in the footsteps of Bitcoin by capping the supply of coins at approximately 210 million.

In comparison, Ethereum generates Ether at a consistent rate, with no hard limit on the amount of digital currency that can be mined.

One of the primary drivers of many ETH bullish predictions  is the Ethereum developer ecosystem. The top three DeFi protocols are built on the Ethereum network or the layer 2 scaling solution Polygon, and have a total value locked (TVL) of more than $45 billion, which is nearly half of the TVL ($99 billion) locked in DeFi as of September 6, 2021. Furthermore, the recent hype in non-fungible tokens (NFTs), with a total sales value of over $7.3 billion, is largely based on Ethereum.

Another distinction between the two is that, in an upgrade known as Ethereum 2.0, the Ethereum chain will soon transition from a proof-of-work (PoW) consensus mechanism to a proof-of-stake (PoS) algorithm.

This should mean that the Ethereum network will be faster, more efficient, and capable of handling much larger transactions. Because the fork meant that the new blockchain isn’t backwards compatible, many in the Ethereum Classic camp are waiting to see if they will follow suit.

Final thoughts: The future of Ethereum and Ethereum Classic

This alone made Ethereum’s future look even brighter, as derivatives allow investors to speculate on the future value of an underlying asset without actually owning it. Coupled with the Ethereum 2.0 upgrade, the move to proof of stake, continued widespread adoption (DeFi, NFTs) and huge first mover advantage, Ethereum’s future looks unbounded.

The future of Ethereum Classic is less clear, and it appears to be less promising than that of Ethereum. Many developers have lost faith in the network as a result of a series of 51 percent attacks, and analysts have stated that ETC should switch to a PoS consensus mechanism to avoid future hacks.

This article is provided for educational purposes and is not intended, nor should be used as investment advice.