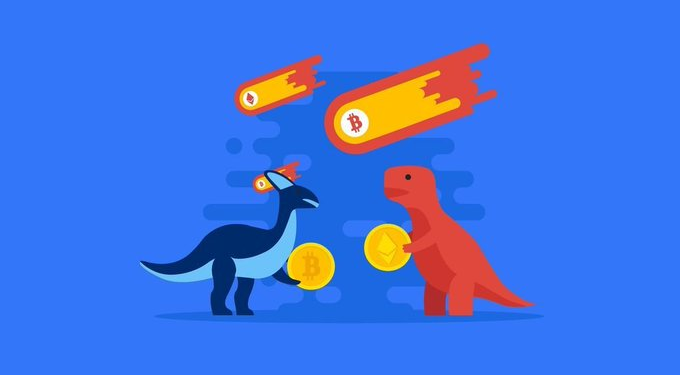 Ethereum (ETH), the world computer, is also feeling the effects of the ongoing bearish market. ETH price just hit new 9-month lows! While some experts would like to think that history repeats itself, this Bitcoin cycle has been nothing like the previous ones – perhaps because of Covid-19. Nevertheless, other assets in the space are feeling the heat.

Ethereum powers most of the decentralized finance (Defi), if not all of it. Vitalik Buterin, the founder of the project made smart contracts mainstream, even though many still think that Sergey Nazarov, founder of Chainlink, is the father of smart contracts. Nevertheless, this information does not matter now, because every asset is down more than 50%, and others, like LUNA, are down 99.9% – 100%.

Ethereum’s daily chart almost resembles Bitcoin’s chart. Bitcoin posted new lows a few weeks ago and today, ETH is making headlines. The asset’s price is now at $1774, the lowest it has been in the last nine months.

Additionally, Ethereum is in a crucial support zone – one that it has tested twice before and held strong. However, you never know – the third time might be the charm. If bulls will not be able to hold this zone of support, Ethereum’s price could experience a free fall to the $1400 region.
This recent crash is a breakdown from a previously formed bearish flag that had just been completed. As of now, the bears have much more power over the market compared to the bulls. In the short term, ETH price might drop down to the $1700 – $1720 region, giving short-term leverage traders some nice returns.

Despite the worrying technical analysis, experts predict Ethereum will reclaim the $4000 price tag in 2022. Furthermore, they see a $10,000 ETH price in the next four to five years. Given the rate at which Ethereum is being adopted by major companies, this possibility could be a reality. For now, however, it seems the markets must brace themselves for maximum pain.