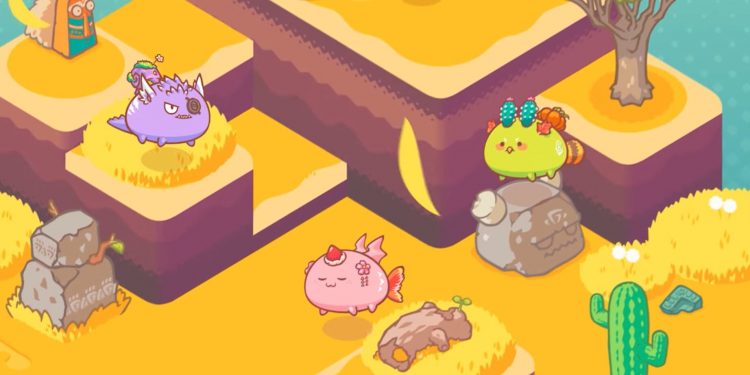 by Jay Speakman
in Business, NFTs
Reading Time: 4 mins read
0
Share on FacebookShare on TwitterShare on LinkedinShare via WhatsappShare via Email

Axie Infinity, an Ethereum-based monster-battling game, recently soared into the headlines with rising NFT transaction volume and new all-time highs for its native AXS governance token. And now there’s another significant milestone to add to the list: more than one million daily active users (DAU).

The game’s recent growth has rocketed, but not everyone possesses the NFTs required to play.

Sky Mavis, Axie’s developer, revealed stats that show more than 1.02 million active users of Axie Infinity’s apps in recent days. More than two-thirds of consumers use Android, with the remainder using Windows PCs. MacOS and iOS have far smaller player bases, with the latter version currently only available to testers.

However, there is one significant limitation to these DAU figures: while Axie Infinity is free to download, you cannot simply start playing right away. The game necessitates a team of three Axie monsters, which are marketed as NFTs.

These tokens, in fact, serve as a deed of ownership to a digital item—in this example, an interactive video game monster. NFTs average about $200-300 on the open market, with higher-value Axies trading for thousands of dollars in Ethereum. Rarer NFTs can garner tens of millions of dollars.

There are, however, third-party “scholarship” solutions available, such as the startup Yield Guild Games, in which Axie owners lend their spare NFTs to players on a profit-sharing basis. Some players, particularly those in developing nations, can make a living by playing the game and selling the SLP tokens they gain in battle. FTX, a cryptocurrency exchange, said this week that it would fund 137 more Axie scholars through Yield Guild Games’ initiative.

As of August 2nd, the development team announced more than 910,000 daily active users, with more than 836,000 wallets stuffed with Axie NFTs.

Axie’s are held currently in excess of  914,000 wallets, according to crypto analytics firm CryptoSlam. In other words, there is still a sizable number of people who download and open the game but aren’t yet qualified to play it.

Nonetheless, Axie Infinity has experienced a massive increase in gamers over the last two months. They reported just over 108,000 daily active users on June 8, and that number had more than tripled to over 350,000 subscribers as of July 5.

That total has nearly tripled in the last month, surpassing one million today. Axie installed their Ronin sidechain earlier this year to reduce ETH gas fees and congestion, and began moving users’ NFT assets to Ronin in April, shortly before the current bubble began.

Still, the quick expansion has not been without pitfalls. Axie Infinity has struggled recently, strapped by ever-increasing player demands, with the game not always running properly. Furthermore, Axie has experienced issues as a result of distributed denial of service (DDOS) attacks, as well as server hosting issues.

The growth of Axie Infinity is astonishing, with over $1 billion in NFT transactions in the previous 30 days. However, CryptoSlam reported $740 million in NFT sales in the last 30 days, with a total of $1 billion. The difference may be due to using the value of ETH at the time of purchase rather than the current value. Ethereum’s price has risen 26% in 30 days.

Introducing TRAVA: A State of The Art Lending Protocol