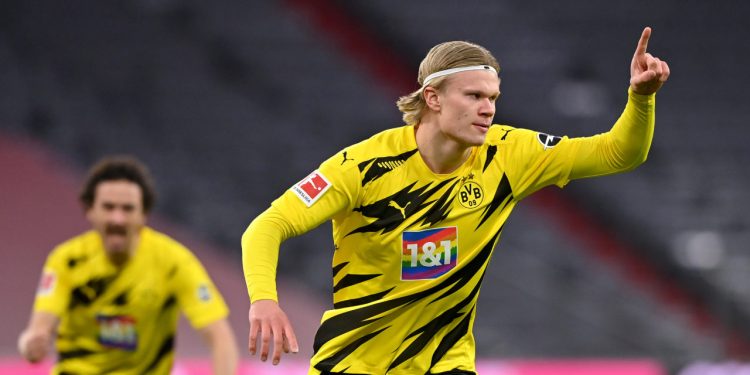 The rare Sorare trading NFT card featuring Borussia Dortmund striker Erling Haaland was sold online and fetched over $600K, beating the previous record set by the Cristiano Ronaldo trading card. The NFT has become among the most valuable sports items globally as the value of Sorare, a fast-growing football NFT landscape, exceeds over $4 billion.

Erling Haaland has set a new record after a non-fungible token (NFT) trading card version featuring the budding Borussia Dortmund striker sold for over $600,000. The record sale makes the striker one of the best players in the world and is expected to help propel football into the future as the likes of Lionel Messi and Cristiano Ronaldo come to the end of their careers.

The auction’s winner, a user, going by the name Zima Blue, secured their slice of Haaland after placing a bid of 265.100 Ethereum, which converted to $687,000 at the time of the action. The NFT sale smashed a record previously held by an NFT of Cristiano Ronaldo. The previous record was set in November 2021, when a similar Ronaldo NFT was sold for $400,312.

Could go down as the most expensive auction in platform history

Haaland, one of the emerging young talented players in football, has had his NFTs attract lots of interest from people globally who are willing to pay six-figure amounts on digital soccer trading cards. A statement made by Sorare, the makers of the NFTs before the sale, opined that Haaland’s NFT sale “could go down as the most expensive auction in platform history.” True to their word, just as Sunday’s online auction entered the final minute, the value of the top bid almost doubled — much to the amazement of those watching the events unfold in real-time.

Sorare’s game is based on real-world performances, where players get to earn between 0-100 points per game according to their positive (goals, assists, etc.) and negative (yellow/red cards, etc.) actions. There are five players on every team, and users will compete during every match week.

Sorare has experienced massive growth in line with the NFT wave since late-2020. The French blockchain-based company, which was previously only licensed with Germany’s leading clubs like Bayern Munich, Bayer Leverkusen, and Schalke, recently inked a deal with the Bundesliga that granted them permission make all players in the league available as NFTs. Haaland’s latest sale adds a new feather to the company’s popularity hat, showing users’ trust in Sorare’s sustainable model.

P2E Revolution: How Players Are Making a Living With NFT Gaming