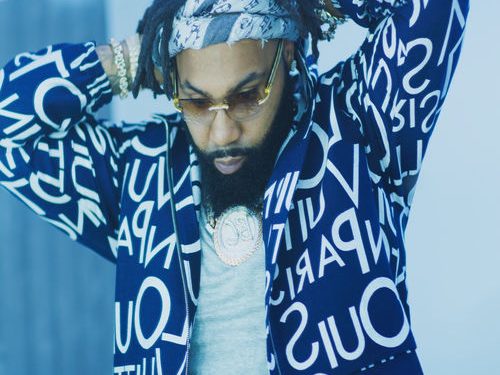 San Francisco-based Empire label has announced it forwarded an all-Bitcoin advance to musician Money Man (Tysen Jay Bolding) for his album titled –Blockchain Tomorrow’. The independent label distributor and publisher sent along with a 45-second clip that showed the advance being sent via Cash App.

The clip shows Empire founder Ghazi Shami saying, “Money, check your Cash App”, before handing the artist a cell phone. Moments later, Money Man is seen flashing the on-screen Bitcoin balance, which has already risen from the time it was transferred.

Pay me in Bitcoin

According to Empire, the payment to the Atlanta-based musician and crypto investor Money Man marks the first time a record label is paying an entire advance payment in Bitcoin. The label made the transaction via mobile payments platform Cash App, which also recently launched Cash App Studios, an initiative to fund artists’ projects.

“Around 2014 when [he] first heard about it [he] started investing early […] it was just a few hundred dollars, and it went up and skyrocketed, so [now] a lot of times, I get paid for features in Bitcoin.”

A level of transparency unprecedented in the music industry

EMPIRE is a leading label that has played a critical role in launching the careers of multi-platinum, Grammy Award-winning artists like Kendrick Lamar, Cardi B, DRAM, and Anderso. The company’s founder said during the same panel in June he appreciated the use of Bitcoin in the music industry. He said BTC had brought a ‘level of transparency unprecedented in the music industry since it was founded in 2010.’ Shami added:

“With blockchain ledger efficiency [and] speed, you could pay somebody on the other side of the globe in 30 seconds. I don’t need to get their BIC number, their swift number, their routing number, their account number, [or] their address […] ultimately, the peer-to-peer nature of it and how fast you can get money to somebody is what’s most important and that’s why I’m investing a lot of time and energy into it.”

Another artist, Meek Mill, recently took to social media to express his frustration with his current label and desire to get a better way. Meek Mill’s prayers may have just been answered through the history-making deal Money Man paid as the first artist to receive his label advance via Bitcoin. Last Tuesday, November 9, Meek Mill said on Instagram he was willing to follow in Money Man’s footsteps.

“Ima get my next record deal paid in Bitcoin behind @moneyman.”

How to Invest In NFT Art: What You Need To Know