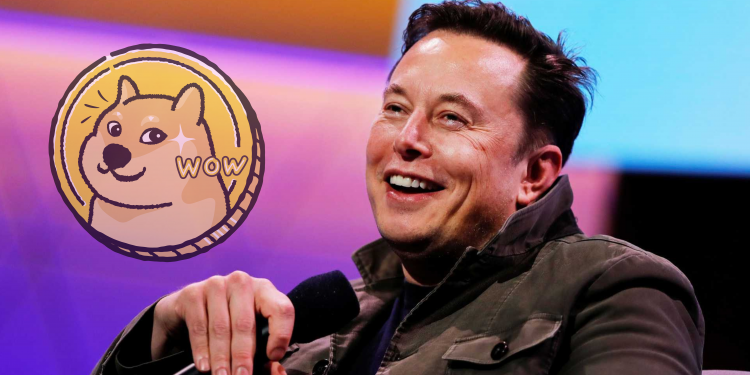 Musk has hinted at incorporation DOGE as a payment method on Twitter. Image: newsbtc

by Jay Speakman
in Business
Reading Time: 2 mins read
0
Share on FacebookShare on TwitterShare on LinkedinShare via WhatsappShare via Email

The news of Elon Musk buying Twitter has been a good one for Dogecoin, which recently rallied to its highest levels in almost two months. The move comes at a time when Twitter has been embracing crypto and adding blockchain-based features to its services. The social network has allowed users to set non-fungible tokens as their profile pictures and accept Bitcoin or Ethereum transactions as tips. This could increase adoption levels-especially that of Dogecoin, of which Musk is an ardent fan.

Musk has been an avid supporter of the meme coin and has consistently pushed its price higher. This was one of the reasons the dogecoin price exploded in 2021. He has also proposed ways to make the currency more valuable, such as introducing a way to pay for Tesla products with DOGE.

Dogecoin has risen over 40% in the past week, and most of those gains have come since Wednesday. The reason is that Musk has said he wants to integrate the cryptocurrency into Twitter. He even suggested that users can pay with Dogecoin to tweet. Musk’s tweets have led the DOGE price to a high of $0.13 at the time of this article.

Musk has been a proponent of DOGE for quite some time, and he recently suggested adding the crypto payment option to Twitter. Musk’s tweet on Wednesday morning was cryptic (pun intended), but it was enough to send the price of Doge skyrocketing.

Musk has since changed his Twitter bio to Chief Twit.

A combination of positive tweets and positive comments from Musk’s tweet has spurred the Dogecoin price to move higher. Almost half of all social media commentators are now positive, and the total social volume for Dogecoin rose to 2,898.

This may be a good time for investors to book profits if they are holding large positions. However, it’s important to remember that even though Dogecoin is currently uptrending, a pullback is necessary to reset its momentum. When it happens, this is the perfect opportunity for new investors to get in.

Musk’s Twitter deal has reportedly been in doubt for months now. In July, he proposed an offer to the board of directors, but later backed out. The reason cited by Twitter is the use of bots, spammers, and fake accounts on the website. Musk’s decision to cancel the deal led shares of both companies to fall sharply. This move may also derail his Tesla shares.

In the short term, the price of Dogecoin is looking strong, with a breakout of the 50 and 200 day moving averages. This suggests a new trend with positive momentum. Additionally, the rest of the crypto market is improving as well. Bitcoin is trading at close to $21,000, while Ethereum crossed over the psychological mark of $1500.