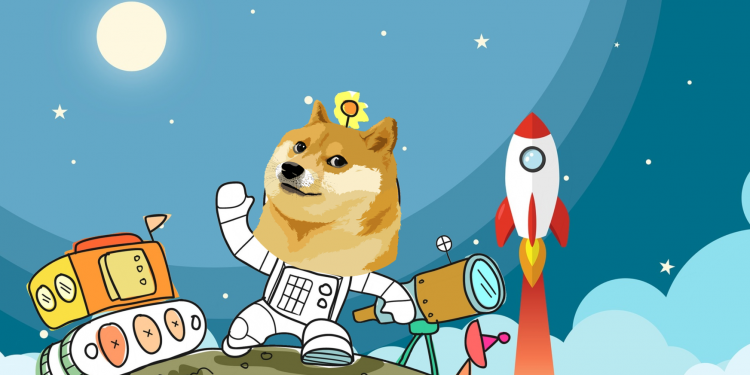 by blockzeit
in Investing, Trends
Reading Time: 3 mins read
0
Share on FacebookShare on TwitterShare on LinkedinShare via WhatsappShare via Email

After hitting a new all-time high of 45 cents during the past week, Dogecoin fans targeted Tuesday, April 20th as the day where Dogecoin would take the next leg up to 69 cents. This date is not just a random date, it is widely known in the US as 4/20: national weed day, Hitlers birthday and now Dogeday! – another joke anticipated to push the price of the fledging cryptocurrency to 1$.

The first ever Dogeday turned out to be a flop as the price dropped by 20% to 34 cents by the end of the day. And yet, at a staggering $40 billion in market cap, Dogecoin is now the 5th largest cryptocurrency in the world.

What was created as a joke and promoted as another joke has now become a global digital currency that savvy investors are jumping into. According to market analysts, the rise of Dogecoin on Doge Day is comparable to Coinbase’s IPO and Bitcoin’s rise to $60,000 in terms of exponential increase and global acceptability.

While followers had promoted Dogecoin with innovative logos, a Shiba Indu dog, and several hashtags on Twitter and Reddit, the phenomenal rise of the cryptocurrency is partly attributable to the endorsements of Tesla CEO Elon Musk. The foremost entrepreneur frequently tweeted cryptic endorsements of Dogecoin to his followers which number more than 50 million on Twitter.

Just last week, Musk tweeted “Doge barking at the moon,” and the tweet drove the significant rise of Dogecoin through the blockchain roof.

Doge Barking at the Moon pic.twitter.com/QFB81D7zOL

At Dogecoin’s current $53 billion market value, it is still far off from Bitcoin’s $1 trillion global market value, but the success of Dogecoin Day pushed the digital currency to become the fifth most valuable cryptocurrency in the world. In fact, Robinhood’s cryptocurrency trading platform nearly crashed on Tuesday as investors fought to acquire huge orders.

According to Robinhood’s executives, the surge in Dogecoin orders on Dogecoin Day exerted tremendous pressures on their crypto trading systems and the order system was downed for a significant amount of time. However, the platform became operational again within two hours even though some traders experienced intermittent order failures and delayed notifications.

“This is absurd. I haven’t seen anything like it. It’s one of those things that once it starts going up, it might keep going up.”

Industry analysts said the value of Dogecoin is now more than the market values of Marriott International or Ford Motor, with about 129.2 billion Dogecoin being in circulation early Tuesday, CoinDesk revealed. Crypto investors even believe Dogecoin can hit $1 per unit in value very soon, with a Phoenix-based investor, Shaun Becker, saying the price will climb steadily with the endorsement of Elon Musk and Snoop Dogg among others.

In an interview with Market Watch Becker said:

“I’m very confident that on Tuesday, it’s probably going to hit at least $1. Even if you throw in $100, you can double your money. I don’t want anyone to make a risky investment. I just want everyone to get a piece of the pie.”

Venmo Launches Crypto Trading – What You Need to Know