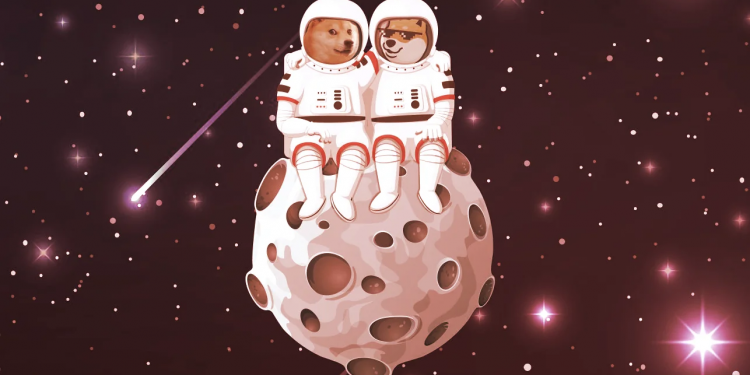 Dogechain is Bringing Dogecoin to Web3 and DeFi

by Vincent Munene
in Trends
Reading Time: 2 mins read
0
Share on FacebookShare on TwitterShare on LinkedinShare via WhatsappShare via Email

Dogechain comes to the limelight as a brand-new blockchain, promising to make Dogecoin a useful coin. Launched on Polygon Edge, Dogechain gives its holders access to Web3 and DeFi on the Dogecoin blockchain. The outcome means that holders can write smart contracts, launch dApps, build blockchain games and even create non-fungible tokens (NFTs).

Here is everything you need to know about this new chain.

After its launch on August 13, 2022, Dogechain reported an impressive growth statistic, with over 20,000 wallets and 200,000 confirmed transactions in just 72 hours.

Dogechain comes as an EVM-compatible blockchain developed using Polygon SDK. It creates an efficient connection between Dogecoin (DOGE) and Web3. It allows DOGE holders to port their DOGE into a blockchain, creating more possibilities and holding on to more opportunities that come with DOGE.

The feature of being an Ethereum Virtual Machine offers the chance for holders to build new applications for Dogechain.

What does it mean for Dogecoin Holders?

Dogechain has planned to incentivize Dogecoin users with an airdrop, according to the Dogechain developers. As a community-first initiative, 58% of the 1 trillion Dogechain tokens supply is set on airdrops. It is also planned towards supporters, incentivizing validators, rewarding stakers, and community grants for developing Dogechain.

Dogechain holders will have the essence of paying transaction fees, voting on governance proposals, and setting up validator nodes using the Dogechain tokens.

In a wrap, Dogechain comes as a complement to DOGE in an attempt to change and extend its utility.

DOGE holders can now explore more opportunities with their DOGE instead of just holding on to them in their wallets. Besides, Dogechain enables holders to bridge their DOGEs to utilize them on DeFi platforms, blockchain gaming platforms, and yield farms. It will also bring some new vibes to the Web3 era of blockchain technology’s evolution.

To avoid vulnerabilities, users are advised to apply more caution, as it is still in its early stages.

Why will Bitcoins not go away anytime soon?