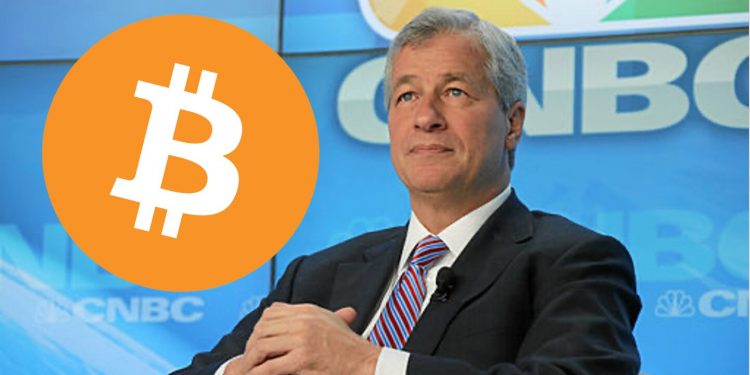 Jamie Dimon, the CEO of one of the world’s largest financial institutions, JPMorgan, has once again stated his position on Bitcoin and cryptocurrencies. Dimon declared that anyone who borrowed money to buy Bitcoin was a “fool.” His personal opinion, however, has not clashed with the fact that JPMorgan is now providing its customers with access to six cryptocurrency funds and has even created its own digital ledger token for payments, known as JPM Coin.

Jamie Dimon, CEO of JPMorgan, slammed crypto and Bitcoin once more. In an interview with the Times of India last week, the JPMorgan executive argued about the true value of cryptocurrencies and his outlook on the cryptocurrency world. According to Dimon, the recent bull market in cryptocurrencies was caused by a large amount of liquidity in the system, which then leads to speculation.

Dimon stated: “I do not purchase Bitcoin. If you borrow money to buy Bitcoin, I believe you are a fool.”

This seems a thinly-veiled shot at MicroStrategy CEO and Bitcoin evangelist, Michael Saylor. The head of MicroStrategy has invested heavily in Bitcoin, borrowing $600M to do so.

Saylor’s view is that if you don’t invest in Bitcoin you’re an idiot.

Yet, out of the other side of his mouth Dimon also acknowledged that the cryptocurrency sector’s value could more than tenfold in the coming years.

Talk about your mixed messages!

Why wouldn’t you borrow money at close to zero percent interest to buy an asset that is increasing in value? Bitcoin has annualized returns of 230% this past decade. That’s ten times more than the NASDAQ 100 over the same time frame.

Dimon was also asked how he believes future regulations will affect cryptocurrencies. While Dimon stressed that Bitcoin was not the company’s primary focus, he did state that he believes governments will regulate Bitcoin at some point.

Ironically, Dimon’s personal views on the legitimacy of cryptocurrency and the upcoming regulation of the cryptocurrency market have had no impact on JPMorgan’s business moves into crypto. Indeed, the company is more open to cryptocurrencies now than it was two or three years ago.

The firm announced in August that its customers would be able to access six cryptocurrency-based investment funds (Grayscale’s Bitcoin Trust, Bitcoin Cash Trust, Ethereum Trust, and Ethereum Classic Trust, as well as the Osprey Bitcoin Trust).

It’s obvious that Wall Street wants to have it both ways. They publicly slam Bitcoin, while at the same time setting up funds to sell it to investors. JPMorgan has even ventured into a native coin of its own. JPMorgan announced the creation of “JPM Coin” in October 2020, a network that would allow its customers to make instantaneous payments using blockchain technology.

If you enjoyed this article you might also like: JP Morgan, Citi Bank, and Signature Bank among the Top Banks Eyeing Blockchain and Cryptocurrency

BitPay Partners with Verifone to Take Crypto Payments To The Mainstream