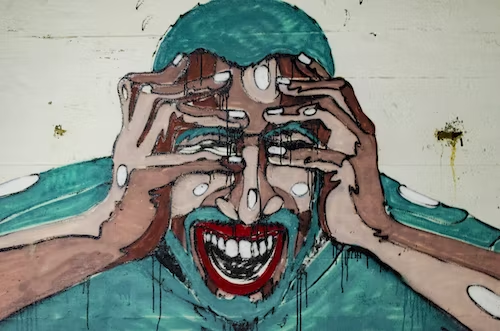 First, let’s take stock of what is happening, and look at how FTX has gone from being one of the more blue-chip companies in cryptocurrency, to being one of the largest Ponzi schemes in history. Industry insiders are debating whether or not to label the collapse of FTXs exchange as a Lehman Moment, in reference to the collapse of the investment bank in 2008, which sent shockwaves across the globe-but it sure feels like one. The contagion is spreading and the damage could take a decade to repair.

The collapse of FTX, already one of the most spectacular catastrophes in financial history, has deepened, with hundreds of millions of dollars being depleted from the crypto-exchange just hours after filing for bankruptcy.

Binance, thought to be a white knight coming to rescue FTX with a hasty buyout  backed out of its plans to buy the dumpster fire that is now FTX with equal haste. Once Binance had a look at the FTX books the jig was up, leaving Sam Bankman-Fried’s exchange (as well as associated companies) utterly bankrupt and the crypto market, already in bear territory in freefall.

The shock at FTCs sudden demise is turning into outrage, as it becomes clear Bankman-Fried used customers’ funds from FTX to cover losses at his failing crypto empire. News that Binance planned to rescue FTX, with the exchange facing a liquidity crisis, panicked the cryptocurrency markets.

Rumors of the possible bankruptcy of FTX and the off-the-books affiliated Alameda Research trading firm had been making the rounds of cryptocurrency circles for days, but still came as a shock to the community when Binance CEOs Changpeng Zhao and Bankman-Fried announced a rescue plan that was torpedoed just two days later-which caused the market to crash even further, wiping out hundreds of billions of dollars almost instantly.

FTX had substantial financial (and personal ties) with Alameda Research (Bankman-Fried and Alameda CEO Caroline Ellison were in a relationship), not only the stock holdings of ex- FTX CEO Sam Bankman-Fried, as was partly detailed last week.

There are also massive questions surrounding the structure of the FTX empire that is, and exactly what is owned by investors in the exchange.

Questions were raised about the financial exposure to FTX, which is arguably its main competitor, as well as that of Alameda Research, and cannot easily be turned back to cash. Terms of the transaction were not disclosed, not even to the venture funds, who invested around $2 billion in the global cryptocurrency exchange FTX, and who learned about the acquisition through social media for the first time.

FTX was founded in 2019, and Binance, the largest cryptocurrency exchange, was an early investor. The FTX exchange was valued at $32B at the time of their latest funding round, and had recruited some big name backers including SoftBank, Tiger Global, Temasek from Singapore, and celebrity stars such as NFL quarterback Tom Brady, Gisele Bundchen, and Naomi Osaka and the Mercedes F1 racing team, to name a few. In fact, it was reported that Brady may have lost upwards of $50M when FTX collapsed.

FTX fell apart fast, and there is a lot more to be learned from its incredible fall. While FTXs fall may well leave negative ripple effects for cryptocurrencies for a time, it is worth taking a step back to take a bigger look.

Whatever comes out of the collapse of FTX, it is clear the crypto industry is going to be facing massive challenges as a result of the aftermath. What is evident is that the impact of FTXs collapse has introduced considerable volatility to the cryptocurrency ecosystem.

Right now, we are still waiting on the FTX situation to fully settle, but suffice to say it has sent shockwaves through the industry.

The collapse of FTX could set back the cryptocurrency industry for years, and yet providing a chance for markets to reconsider their engagement with users and their management of assets. It also now a certainty that government regulation will happen which seems counter to the whole idea of cryptocurrency in the first place. We believe in blockchain and cryptocurrency but digging out from under the rubble left by FTX won’t be easy or quick.

From the onset of the FTX saga, many exchanges have put on a commitment to providing their proof of reserves....