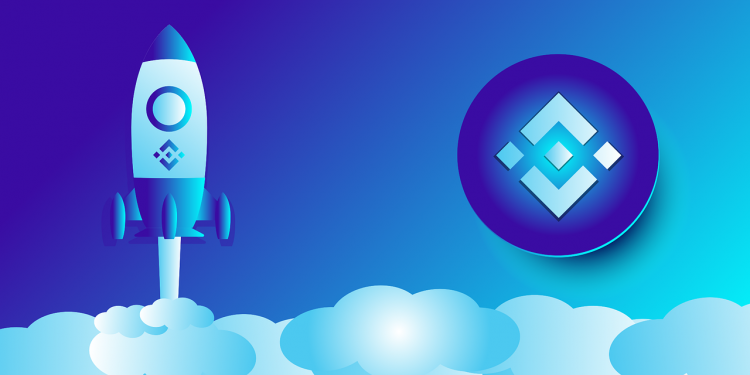 by Rickie Sanchez
in Investing
Reading Time: 5 mins read
0
Share on FacebookShare on TwitterShare on LinkedinShare via WhatsappShare via Email

The biggest cryptocurrency exchange in the world, Binance, is being accused publicly of a variety of things that are raising “fear, uncertainty, and doubt” (FUD) about the company’s operations.

Binance has recently been the subject of multiple headlines, with several noteworthy pieces of attention occurring just in the first half of December. Despite the widespread FUD in the crypto community, many users are still confident that Binance will reach the end of a very difficult situation and avoid becoming like FTX.

When did the FUD start? Here’s the breakdown:

After the user claimed to have been a victim of an abuse of his account’s API key, Binance put the user’s account in withdrawal-only mode. The user is a well-known trader on Twitter who goes by the handle CoinMamba. The user has specifically charged Binance with refusing to assist in recouping the money he lost due to the exploit as early as December 6.

CEO of Binance CZ replied, “Mamba, there is almost no way for us to be sure users didn’t steal their own API keys. The trades were done using API keys you created. Otherwise we will just be paying for users to lose their API keys. Hope you understand.”

Following threats made in the account holder’s chat with customer service, according to Binance, the account for CoinMamba was put into withdrawal-only status. Before intending to cancel the account, Binance provided CoinMamba 72 hours to withdraw funds. The requested withdrawal of the money was successful.

Although CoinMamba threatened to make the specifics of their dispute public at first, it appears like he has calmed down and has come to the conclusion that waging a battle with the biggest cryptocurrency exchange in the world is probably not going to benefit him. CoinMamba disclosed that he had set up an account on another exchange and would keep trading there.

CZ claimed in a tweet that a user began buying specific coins after depositing money into a trading account. Withdrawals from some of the profitable accounts were briefly suspended by Binance. Following several social media objections from various nations about the transaction, the decision was reversed.

“Based on our investigations so far, this appears to be just market behavior. One guy deposited funds and started buying. (Hackers don’t deposit). Other guys followed. Can’t see linkage between the accounts,” CZ tweeted.

Concerns about centralized platform trust are also a problem for the exchange. Binance released its proof of reserves last week to allay users’ worries about its viability while providing reassurance that their money is secure. Jesse Powell, the CEO of Kraken’s competition, called attention to “red flags” in the audited report.

“Big red flag for me is that this seems to be more of an attempt at proving collateral rather than proving reserves. They even admit to [being] insolvent with regard to actual assets owed vs tokens controlled. The ‘collateral’ accounting trick is exactly how FTX played solvent as well.”

On December 13, blockchain monitoring firm Nansen said that Binance experienced withdrawals of $1.9 billion in 24 hours, the highest 24-hour withdrawal volume since June. In the seven days leading up to Tuesday, users withdrew $3.7 billion in cryptocurrency.

In response to withdrawal requests, Binance stated on Tuesday that it always had “more than enough funds.” According to a spokesperson, “User assets at Binance are entirely backed 1:1 and Binance’s capital structure is debt free.”

The US Department of Justice has been looking into Binance since 2018 on suspicion of alleged money laundering, tax evasion, and US sanctions violations; however, the company has never been formally charged with any crime. According to a major news source, some federal prosecutors believe they have gathered sufficient information to bring criminal charges against Binance.

According to the media news outlet, Binance processed more than $10 billion in unlawful payments this year while attempting to “elude” officials. Binance refuted the study, stating that the figures and assertions made by its compliance control were false.

Binance responded by saying the news source “has it wrong again,” and it included a link to a blog post about the company’s efforts to combat cybercrime as well as a statement it had issued to the news outlet.

“We are proud to have in our ranks some of the most celebrated cyber investigators representing virtually every single major law enforcement agency across the globe,” the statement read.

In spite of the FUD that has been spread about Binance, CZ claims that spreading FUD is beneficial to the company’s growth. CZ has also stated that Binance has suffered FUD from the very beginning of its inception and has learned to disregard the pessimistic comments in order to continue developing their platform.

“We were a new startup, not able to reach all the media outlets. This “competitor” helped us to get the word out. I had many inquiries like: “hey, just read about you, the article is negative, but it’s obviously an attack, so I want to invest in you,” CZ tweeted.

Always remember: Not your keys, not your coins

Always remember: Not your keys, not your coins. The storage of cryptocurrency on exchanges is not a secure practice. Exchanges such as Binance, Coinbase, Huobi, and BitMex are responsible for settling hundreds of thousands of transactions each day. These exchanges serve as the primary gateway to Bitcoin and other crypto assets. Using exchanges does not come without hidden costs and risks, regardless of how dependable the exchanges itself may be.

To summarize, decentralization and self-custody are both beneficial concepts, but it can be challenging for users to master both. The initial user experiences with crypto tend to be rather overwhelming. This demonstrates that we still have a long way to go before reaching the goal.

NFT RPGs vs traditional RPGs: A Comparison Of Key Features And Differences