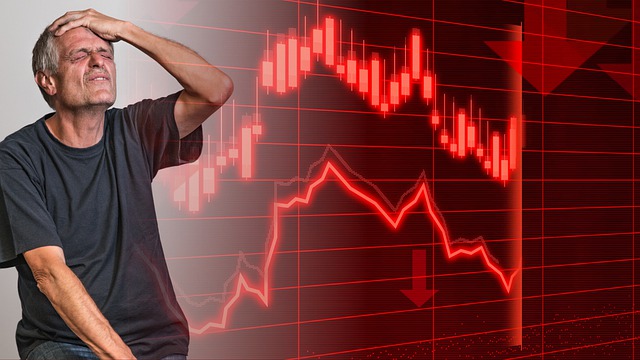 The crypto bloodbath continues unabated: after a significant drop in cryptocurrency on January 21st that worsened through the end of the week, the market is sinking even deeper into the red at the time of this article. In lockstep with bitcoin, top altcoins are trading at their lowest levels in months.

According to widely reported data, Bitcoin (BTC) fell as low as $37,664 early Friday, the lowest price since late July—nearly six months ago. It’s slightly higher as of this writing, at $38,356, but it’s still down 11% in the last 24 hours.

In 3 months, Bitcoin has lost nearly half its value

On November 10, just over two months ago, Bitcoin reached a new all-time high of nearly $69,045. Since then, Bitcoin has lost 44 percent of its value.

ExoAlpha, a leading digital investment and analytics firm, commented on the BTC price action from a purely technical standpoint, stating that the “giant head and shoulders pattern for BTC is now completed with the neckline broken with BTC at $38,300.”

They noted that theoretically, this pattern predicts a possible drawdown as low as $20,000, but that the “fall has generally been less than that” and that “the $31,000 region could definitely be in sight.”

From a fundamental standpoint, ExoAlpha identified several factors that are causing problems for BTC, including tightening from the US Federal Reserve, chatter from EU regulators looking to ban proof-of-work mining, profit-taking beginning in late 2021, and the continued uncertainty about the economic future in relation to the never-ending Covid pandemic.

Ethereum hammered as confidence in the ETH 2.0 Upgrade wanes

The price of Ethereum fell below $3,600 at the start of January after a report from the Federal Reserve’s December Federal Open Market Committee meeting revealed that the regulator was committed to shrinking its balance sheet and raising interest rates in 2022.

Beyond that Sword of Damocles, Ethereum has its own issues, most notably the prohibitively high gas fees, network charges that are often significantly larger than the value of the transaction itself. This is a business model that pretty much everyone agrees is unsustainable.

Co-Founder Vitalik Buterin stated that Ethereum needs to be lighter and faster in terms of blockchain data in order for more people to manage and use it. He might have added affordable as now Ethereum is getting a reputation as the blockchain of the rich.

Buterin’s somewhat shaky interview raised concerns about the status of the Ethereum 2.0 upgrade, which is only halfway completed after six years. The following roadmap phases are “Merge” and “Surge,” followed by “full sharding implementation.” According to Buterin, once implemented, they will result in an estimated completion of the network upgrade by 80%.

Solana (SOL), the lightning fast network and purported ETH “killer” hit a recent low of just under $116, its lowest price since the beginning of September, when SOL made a rapid ascent into the triple digits. As of this writing, it’s up to $119, a 14 percent drop in a 24-hour period, and is now down more than 52 percent from its November peak of nearly $256.

The cryptocurrency market has dropped more than 11% in the last 24 hours, with a current market cap of $1.9 trillion. Avalanche (down 15%), Cardano, Terra, and Polygon are among the other top coins that have suffered significant losses (each down 14 percent ).

The euphoria surrounding metaverse tokens for crypto games and metaverse projects has also suffered significant losses recently, after a meteoric rise late last year, thanks in part to Facebook’s highly visible metaverse push and rebranding to Meta. That bump seems to have run its course and now people are left to wonder just how valuable digital “land” or tokens representing in game items really are.

The Sandbox’s SAND token has dropped 16% in the last 24 hours to $3.67 as widely reported, representing a 30% drop in the last 14 days. While the SAND token is still up significantly since last fall—it only surpassed $1 for the first time in late October—it is now 56% off its late November peak of $8.40.

Meanwhile, the MANA token from Ethereum-based Decentraland has dropped 15% in the last 24 hours to a price of $2.44. It’s still up significantly over the last three months, like SAND, but it’s also down significantly from its all-time high of $5.85 in late November. It has dropped by 58% since then.

GALA, the gaming token from Gala Games, has suffered the greatest percentage loss of any gaming token (ranked by market cap), falling nearly 18 percent in the last 24 hours to a current price of just under $0.24. Since peaking at $0.82 in November, it has dropped 71%.

Enjin Coin (ENJIN) was down 16% to $1.91, a drop of 60% from its November peak, while Axie Infinity’s AXS token is down 14% to $64. AXS is also down 60% from its all-time high in early November, and Axie Infinity’s NFT trading volume has recently dropped, falling 60% from November to December, according to CryptoSlam data.

Unless a Bitcoin savior or Saylor (as in Michael) rides in to buy this cataclysmic dip, Bitcoin may not find support until it bottoms out at $30,000 where analysts believe most buyers will swoop back in. If not, this could be the beginning of a long, cold crypto winter.

3Space Art Kicks Off “Enter the Void,” the First NFT Art Exhibition Held Simultaneously in a Physical Gallery and the Metaverse