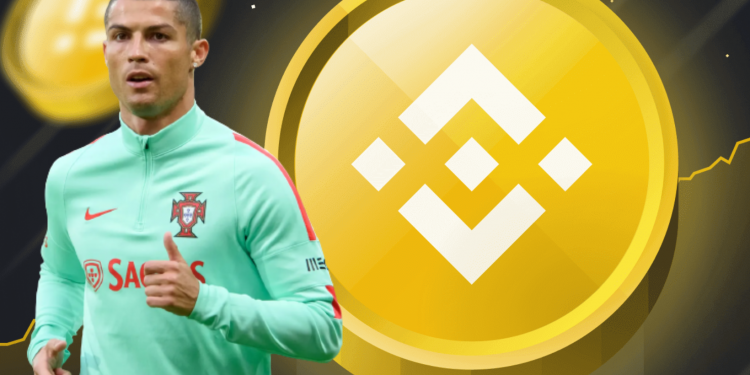 Iconic Football legend, Cristiano Ronaldo, launched his first NFT collection called the “CR7 NFT Collection” with the help of the world’s leading blockchain ecosystem, Binance. The collection will launch on November 18, 2022, aiming to introduce many football fans to the world of web3.

Cristiano Ronaldo is a highly decorated football star and is considered one of the greatest athletes ever to play. He is currently playing for Manchester United in the English Premier League. The Portuguese football star was first nabbed by Binance as part of a multi-year agreement earlier this year in June.

The agreement consists of launching multiple NFT collections on the company’s exchange platform. As such, this might not be the only collection audiences will be seeing that features Ronaldo. Moreover, the deal also means that fans looking for NFTs that will feature Ronaldo will only be able to find them within Binance platforms.

Dropping this November 18, the collection will feature seven animated NFTs that feature Ronaldo’s top iconic moments in his career. They will be available in four rarity levels: Super Super Rare(SSR), Super Rare(SR), Rare(R), and Normal (N).

Said to be only available on Binance platforms, each NFT will also come with a set of nifty perks such as an entry into giveaways, personal messages from Ronaldo, Mystery Boxes, and autographed Ronaldo X Binance merchandise.

The Binance mystery boxes give investors a chance to procure limited-edition Ronaldo NFTs. These mystery boxes will be given to new users who register on the Binance website, as part of its first NFT launch collaboration.

Cristiano claims that the collection allows him to “reward fans” by allowing them to buy “something memorable and unique “, referring to the special characteristics an NFT offers as opposed to normal pictures or GIFS. NFTs have a unique digital identifier that cannot be replicated, allowing ownership within the digital realm.

Web3 companies collaborate or partner with sports icons and teams in an attempt to go mainstream, to reach out to the average joe. It’s estimated that there are $3.5 million football fans worldwide, and that’s only accounting for people who are fans of football.

These athletes claim that these collaborations allow them to reward fans for their years of support while also showcasing their support on web3 and decentralization. There are also risks that come with these web3 endorsements such as suffering a hit to their reputations when things don’t go according to investors’ plans.