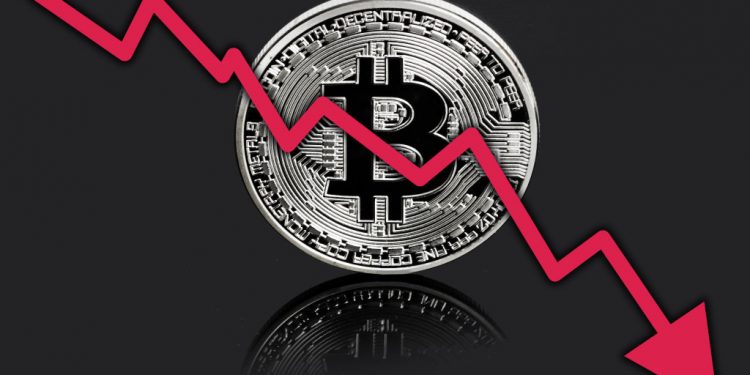 Could the Price of Bitcoin Ever go Down to Zero?

by Tom Nyarunda
in Education
Reading Time: 5 mins read
0
Share on FacebookShare on TwitterShare on LinkedinShare via WhatsappShare via Email

The growing institutional adoption of Bitcoin, despite its extreme volatility, puts it in the mainstream of financial systems. What are the chances that its price could ever drop to zero and instigate a collapse of the digital economic system it has created?

Some people consider Bitcoin a bubble, a fad, like the Tulip mania and the South Sea bubble. According to them, someday soon, people will stop buying Bitcoin, and it will silently slide into oblivion unnoticed.

On the other side are Crypto enthusiasts, who say Bitcoin is here to stay. They compare it to the internet bubble that saw value destruction, but everyone appreciates its vast disruptive potential.

What gives Bitcoin its value?

The expansion of the crypto-sphere from 6,000 digital currencies in 2020 to over 14,500  with a combined market capitalization of $2.5 trillion in 2021 is anything but wonder – just a fraction lower than the U.K, France’s, or India’s GDP. It’s estimated that there are over 100 million digital wallets in the world today.

What determines the price of Bitcoin?

Like all other commodities, goods, and services, the market forces of supply and demand play a critical role.

Prices of commodities increases when more people are willing to buy than those that are sellers. On the other hand, prices will fall when there are more sellers than buyers. The same applies in all open marketplaces like real estate, the stock market, etc.

There has been increased interest in Bitcoin by institutional players over the last few months. Companies like Tesla, MicroStrategy, and others placing BTC in their treasuries. The introduction of institutional products like Bitcoin ETFs in North America is thought to be responsible for the current high price of Bitcoin.

What would cause Bitcoin to lose 100% of its value?

The price of Bitcoin has risen over 85% since the beginning of 2021, attracting floods of money to companies operating in the crypto sphere. What are the chances that something worse than the 2018 crypto winter when the price of BTC went from $16,000 to $3,000 in a matter of weeks could happen again?

To gauge that possibility, Yale University economists Yukun Liu and Aleh Tsyvinski examined the risks associated with Bitcoin. In their report titled “Risks and Returns of Cryptocurrency,” they checked the possibility of the price of Bitcoin going to zero in one day.

The pair used BTC’s historic crashes and returns to calculate the risk probability of its collapse due to an unspecified disaster. The study found the likelihood of Bitcoin crashing to zero was between 0% and 1.3%. For purposes of comparison, the researchers said during an interview that the chances that the Euro (EUR) could crash to zero were 0.009%.

Just like with everything else, the price of Bitcoin can go to zero. Like we said earlier, the forces of supply and demand determine the cost of anything in the market. If the demand for BTC went to zero, then the price would fall to zero.

The chances of that happening still exist, but they seem to reduce by the day. Institutional investors unhappy with how central banks are printing fiat currency are moving to something else. The maximum supply of 21 million Bitcoins provides an entirely different solution that has attracted institutional players.

So, can the price of Bitcoin slide down to zero?

What is the chance that Bitcoin may never slide to zero?

Bitcoin has had its low moments as far as volatility is concerned, but there are indications that it isn’t going anywhere. With its limited supply of 21 million coins, BTC has filled the gap caused by the devaluing of fiat currencies due to indiscriminate by central banks.

Bitcoin may still be speculative and volatile, but it still has a bright future, and here is why:

People have preferred gold because its indestructible nature made it unique, and it was considered a great store of value. Unlike other assets, gold has managed to beat inflation over the years, and its limited supply (there’s only so much that can be mined) makes it even more valuable. Bitcoin carries all the qualities of gold, but it’s easier to store and transfer than gold.

Many e-commerce websites are increasingly willing to accept Bitcoin as a form of payment, while several companies are paying their workers’ salaries in Bitcoin. With several banks opening up to Bitcoin and several countries following El Salvador’s footsteps to make Bitcoin legal tender, it’s an indication that Bitcoin is slowly but surely gaining currency in the world.