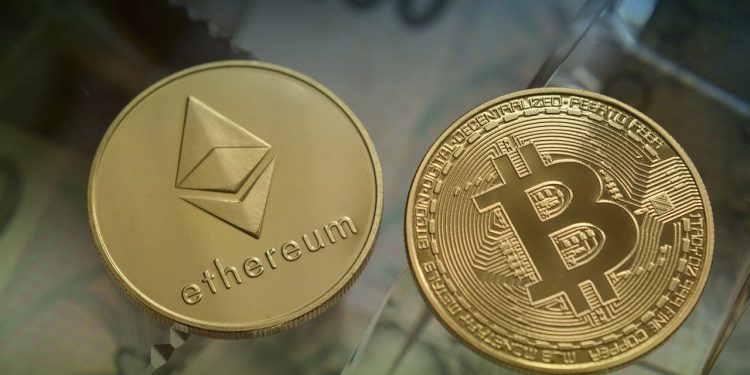 The argument that Ethereum will take over Bitcoin as the number 1 cryptocurrency has been around for a long time. And one of the people who thinks this will happen is Charles Hoskinson, the founder of Cardano. Hoskinson thinks that Bitcoin is a religion and has issues.

Hoskinson sat down recently in conversation with podcaster Lex Fridman to discuss his thoughts on Bitcoin, Ethereum, Cardano and more. In the podcast Charles Hoskinson said:

“If I had to bet between just those two systems, I’d say nine times out of ten Ethereum is going to win the fight against Bitcoin.”

Hoskinson is the founder of Cardano who visited the Miami Bitcoin Conference where he said that he had a toilet paper roll thrown at him. He criticized the Bitcoin culture being “religious” and not willing to adopt new ideas. Hoskinson came in hard with his criticisms about Bitcoin. Hoskinson believes that Bitcoin’s proof of work system needs an upgrade. He praised Ethereum’s decision for changing to a proof of stake network and countering one of the major drawbacks of the Ethereum network. In regards to Bitcoin’s issues, Hoskinson said:

“There’s fundamental improvements that could actually make Bitcoin an incredibly competitive system. Like if they wanted to keep Nakamoto concensus proof of work, there’s ways to enhance proof of work. I mean, Concierge did this with Bitcoin Ng and Promoto Veswanas did this with Prism. You could make it 10,000 times faster and you don’t compromise the fundamental security functions of the system.”

Why Cardano and Ethereum are better than Bitcoin

Charles explained that he believes Bitcoin has lost it’s value proposition because of its inability to change and grow. He used his own company, Cardano as an example of something with a strong value proposition. He said his goal with Cardano is to make money accessible to anyone in the world no matter if they’re rich or poor. However, he doesn’t see anything special about Bitcoin anymore. He said:

“I can’t think for the life of me what is the point in Bitcoin.”

Hoskinson spoke highly of Bitcoin in the early days. He said he really enjoyed the early Bitcoin conferences back before 2013 when people cared more about creating a financial movement versus what he now calls a religious movement of sorts.

Charles Hoskinson would like to see improvements in the Bitcoin protocol to become a fan again. But he thinks the future of both Cardano and Ethereum look bright.

If you enjoyed this article, you might also want to check out Who Is The Founder Of Cardano?