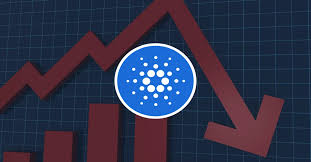 Cardano (ADA) price s in decline but are macro conditions the only reason? Image: coinpedia

by Jay Speakman
in Investing
Reading Time: 5 mins read
2
Share on FacebookShare on TwitterShare on LinkedinShare via WhatsappShare via Email

With the FTX crash, the crypto market, already firmly in bear territory, has taken a huge hit. And Cardano’s price, already in decline, has fallen further with no bottom in sight. Early investors are fine, but what about those that bought at the top?

Cardano, a unique proof-of-stake consensus mechanism, has also been plagued with slow development and some questionable alliances. Despite this, it has a dedicated fan base and is backed by a large community that takes a long view to investing.

In this article, we’ll look at Cardano, and the prospects for future price appreciation.

Cardano is a decentralized Proof-of-Stake (PoS) blockchain that was launched in 2015 and started operating in 2017. It has set itself up as an alternative to Proof-of-Work (PoW) blockchains like Bitcoin, mostly because it uses less energy because it doesn’t depend on crypto mining. Cardano’s roadmap is broken down into five eras ( Byron, Shelley, Goguen, Basho, and Voltaire) and the team has high ambitions for future growth and adoption.

Unlike most other cryptocurrencies, Cardano uses a unique proof-of-stake consensus mechanism to secure its blockchain.

This mechanism has two key purposes: it ensures the security of the network and it provides a platform for DeFi and dApps. Furthermore, because the ADA token is a fixed supply, it is immune to inflation. In addition, holders of ADA tokens earn staking rewards by participating in staking pools, which help the network remain secure.

How does PoS work?

The PoS (proof-of-stake) consensus mechanism works by allowing users to stake their coins (ADA) in order to become validators. This way, they can join stake pools and receive rewards as rewards for validating transactions. This system also eliminates the need for centralized mining and the excessive computational power that is needed to operate a PoW network.

In addition, Cardano uses a governance framework that allows stakeholders to vote on protocol upgrades and changes.

Compared to other blockchains, Cardano has lower transaction fees and higher security. The system is designed to allow users to transact without the fear of hacking or losing their money. Because the Cardano network is decentralized and has a lower transaction fee than many others, users are encouraged to use it.

While it is not yet widely known as a DeFi platform, Cardano’s ecosystem is growing-although not as rapidly as some investors had hoped. With its low gas costs, fast transactions times and security, the Cardano ecosystem was once expected to be a leading blockchain, some even going so far as to christen it an “Ethereum killer”.

To date, replacing Ethereum isn’t something it is evenly remotely on the horizon.

Cardano: Slow development and a lack of adoption

Cardano has suffered from slow development and is now facing a downward trend, a situation that could be a sign of a larger trend. While the project’s slow development has been blamed on the crypto market in general, it could also be the reaction of investors who did not see the team delivering on their promise regarding the development of the Cardano ecosystem.

Cardano is a very ambitious project and developers have had to be cautious in order to get it right.

Investors should consider this before making any investment decisions. Despite the slow development, Cardano does have potential for the future. The current price of the ADA coin is not overpriced at $0.34, and is aimed at long-term investors and not short-term speculators.

The project has recently reached a milestone of 50 million transactions. In fact, it is now handling over 50,000 transactions per day. Additionally, the project has expanded its developer community and has seen significant growth on its blockchain.

While Cardano reached an all time high of $3.10 in November of 2021 it has been in steady decline ever since. Early investors sold and got rich but many who bought at the top have been wiped out.

Based on macro forces such as global inflation, the war in Ukraine and China’s bizarre zero Covid policy (which impacts the global supply chain) the price recovery will take an unusually long time. Those hoping to see even $0.50 Cardano any time soon will likely be disappointed.

It has a loyal fan base

While the Cardano Price may be a great buy right now, it isn’t a buy at the current price. The price is below its 50-day moving average and is in a critical condition. This is because the crypto market is undergoing a bear market that is expected to well past December-especially now with the collapse of FTX.  There is no significant momentum and no clear buy or sell levels.

The cryptocurrency has been experiencing price expansions in the past, but this time, the price is in a critical condition and is in danger of collapsing. There is a huge amount of speculation surrounding the price of Cardano, and it is crucial to be patient and not rush into an investment decision. Despite the risks, Cardano is still exponentially higher than its initial trading price. As mentioned, investors that bought early are still in profit. Those invested since November 2021 have seen significant losses.

Yet, there are those who are still bullish on Cardano’s long term outlook.

Before investing in the Cardano , it is important to understand the underlying technology behind it. Blockchains are designed to be decentralized and have multiple layers to ensure that transactions are transparent.

The main benefit of using a decentralized protocol is that it eliminates the need for middlemen and other third parties. This also makes it easier for people to transfer money internationally without incurring high fees. And this remains a goal of Cardano, to give access to money and markets to the 1.4 billion people across the globe that remain unbanked.

There is no doubt that Cardano operates with good intentions and high ethics, what remains to be seen is if these ideals will be reflected in a rising price for Cardano’s native ADA coin.

Although historically, investing when sentiment is low and fear abounds has benefited cryptocurrency investors, the current macro conditions appear to have all the marks of a steeper downturn. As with any investment, do your own research and never put at risk more money than you can afford to lose.