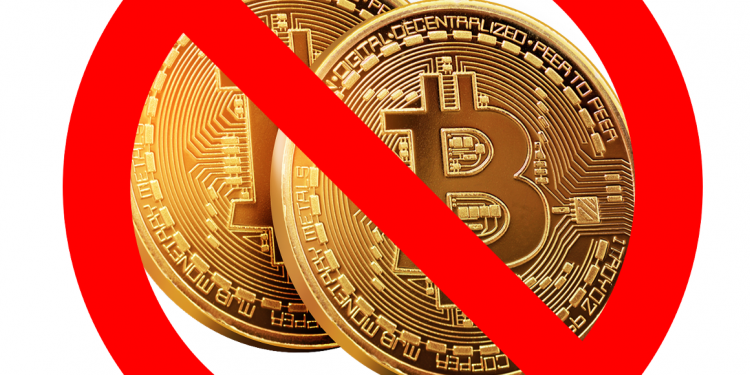 Can Bitcoin Be Banned?

Can Bitcoin And Crypto Be Banned?

People are wondering how governments will regulate the crypto space. Crypto taxes, licenses and laws are being discussed in many countries. But can Bitcoin be banned? Crypto YouTuber Andrei Jikh talked about this subject on Russel Brand’s show.

Andrei Jikh believes that when fiat crashes, Bitcoin will take over:

Jikh isn’t concerned about countries banning Bitcoin or crypto. In fact, he said:

“What countries are actually doing when they ban things is they’re running an ad marketing campaign for the currency. Because when one country bans crypto, there are dozens of other countries in the world that will happily accept this form of payment.”

One of Russel’s main questions is whether Bitcoin and other cryptocurrencies are a viable alternative to the traditional finance system.

“When the new financial system is going to be rebuilt if we ever get this collapse, Bitcoin will not need permission from governments to replace it. It just will.”

However, not everyone believes that backing a currency which goes against a government is good. Popular Youtuber Techlead said:

“When you bet against the government, that’s an unnatural move. And you better be sure of it when you do.”

The reason why it is difficult to ban Bitcoin is because of the nature of Bitcoin itself. Being decentralized, it would not be too harmful for Bitcoin to be a banned by one country. It would have to be banned by an alliance of countries. Even then it is likely that Bitcoin would be traded underground. The other question is, how would they ban it? The easiest way to ban it is to tax it so ridiculously high, that it doesn’t make sense to trade it. We are curious to see how governments will handle this in the future when cryptocurrencies might be more of a threat.

However, no one knows if crypto and Bitcoin actually can replace fiat. It’s all still very early and speculative. Furthermore, it’s good to cautiously view any press which warns against a possible crypto or Bitcoin ban. This is because news has been used a lot for pure manipulation. So, just because officials from the Chinese government, for example, warn against Bitcoin being banned doesn’t mean there is actually an initiative to do so.

One other issue is not Bitcoin being banned but being manipulated. If powerful and wealthy groups of people decided they wanted to crash Bitcoin, this would be more of a threat than a nation threatening to ban it. And often news is deployed so institutions, retailers, and whales can buy up large amounts of Bitcoin.

It will be difficult for countries to outright ban cryptocurrencies. Furthermore, it appears that banks and hedge funds and corporations are more and more involved with cryptocurrencies. Why would they get more involved with crypto if it will soon be made illegal? It doesn’t make sense. Possibly financial institutions see Bitcoin has something to be conquered instead of demolished. They might be thinking if they can’t get rid of Bitcoin, they might as well be trying to take it for themselves. And that’s what we’ve seen a lot of in the last month – small hands selling and large wallets buying.

If you enjoyed this article, please check out Is Bitcoin Over? This Is What The Experts Say.

Who Is The Founder Of Cardano? Learn About Charles Hoskinson