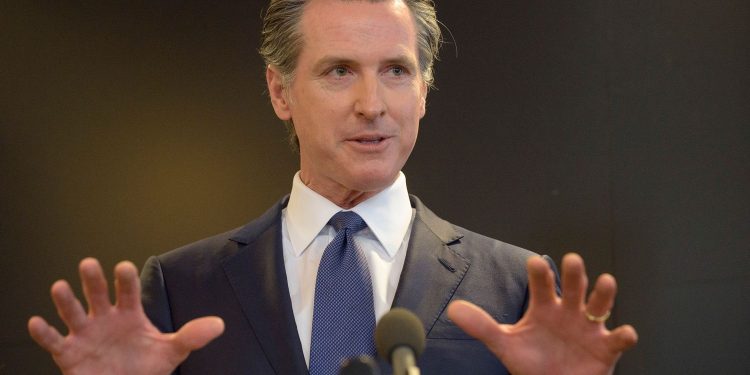 California Governor Gavin Newsom is going all in with blockchain and crypto technology. Image: Politico

California’s Crypto King? Governor Newsom is Still in the Game

by Jay Speakman
in Politics
Reading Time: 2 mins read
0
Share on FacebookShare on TwitterShare on LinkedinShare via WhatsappShare via Email

California Governor Gavin Newsom has signed an executive order on cryptocurrency and blockchain to establish a comprehensive and unified framework for Web3 technology to thrive. “California is a global hub of innovation, and we’re positioning the state for success with this emerging technology,” said Gov. Newsom.

According to a notice published by the governor’s office, Gavin Newsom signed an executive order Wednesday to “create a transparent and consistent business environment for companies operating in blockchain, including crypto assets and related financial technologies.”

What the executive order means

California is the first state in the country to begin developing a comprehensive and harmonized framework for the growth of responsible web3 technology.

The state will also “assess how to deploy blockchain technology for state and public institutions, as well as build research and workforce development pathways to prepare Californians for success in this industry,” according to Governor Newsom’s executive order.

A pipeline for talent

According to the notice, the executive order “aims to create a pipeline of talent for the emerging industry and use technology for public good.”

“California is a global hub of innovation, and we’re positioning the state for success with this emerging technology. Too often, the government lags behind technological advancements, so we’re getting ahead of the curve here, laying the groundwork for consumers and businesses to thrive.” Governor Newsom said.

It remains to be seen how Governor Newsome’s executive order will position California as a leader in blockchain technology. California, despite a reputation as a tech-heavy bastion of Liberalism, is in fact a diverse state with sections as different from one another as can be. It will be interesting to see how much adoption and enthusiasm exists for blockchain in a state facing multiple budgetary, environmental, energy and social issues.