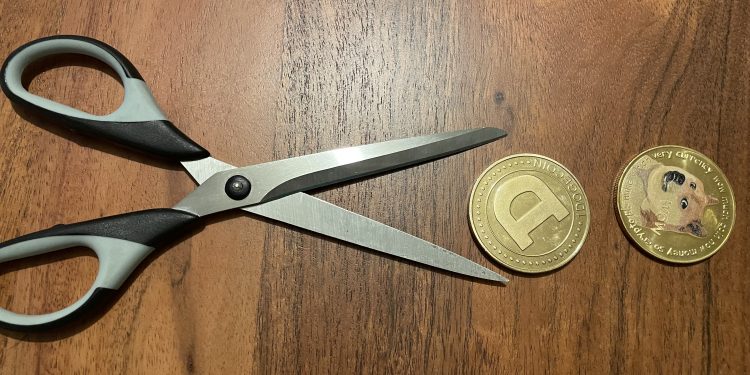 Break Up The Doge: NFT Will Be Broken Into Billions Of Pieces

Dogecoin enthusiasts will be able to purchase a portion of a very valuable Doge-inspired NFT starting tomorrow.

The NFT is associated with an image of a Shiba Inu, the mascot of the meme coin that has risen to become the market’s seventh most valuable cryptocurrency. PleasrDAO, an investment collective, purchased it in a June auction for $4 million.

PleasrDAO is now dividing the artwork NFT into billions of pieces and putting them on the Ethereum blockchain so that anyone can purchase a piece and invest in the iconic NFT.

An NFT is a crypto token that acts as a digital deed of ownership for almost anything—in this case, artwork—but also audio or video content. They are typically minted and housed on Ethereum’s blockchain, but other networks, such as Solana, have recently seen an increase in NFT activity.

These tokens can then be fractionalized and resold, just like PleasrDAO’s Doge NFT. Yet, even Friends of Crypto, such as SEC Commissioner Hester Peirce, have stated that such sales may constitute unregistered securities offerings if sold in the United States.

Meanwhile, Dogecoin, which began as a joke in 2013, now has a market capitalization of $36 billion. The coin’s logo, which has been transformed into the NFT in question, is common in the worlds of Internet memes and cryptocurrency.

PleasrDAO stated on their website, “This NFT represents the early innings of a decade’s worth of digital culture, and we want you to own it as well.” “Our beloved Doge is being divided into billions of individual pieces, which will be secured and verified on Ethereum.”

According to PleasrDAO’s website, interested investors will be able to purchase a portion of the Doge NFT, which will be sold as $DOG, through SushiSwap, a popular decentralized cryptocurrency exchange.

Why would anyone want to purchase a piece of the NFT in the form of a digital token, you may wonder? Consider it an investment: for a long time, investors have been interested in real-world assets (such as art) that have been digitally tokenized and placed on a blockchain so that anyone can own them.

NFTs are extremely popular—and profitable. With $1.5 billion sold in the first quarter of this year, the market exploded at the start of this year. Mike Winkelmann (better known as Beeple) sold an image file for $69 million in March.

The NFT space cooled off in late spring, but it is now exploding again: records are being broken for the amount of money being poured into the market. CryptoPunks, which are pixelated art images of characters, are especially popular—daily trading volume last week was approaching $70 million.

At what point does the market for the likes of “Weird Whales” and “Mutant Apes” become so clogged with artists (or regular folk) eager to make a fast million by throwing anything against the digital wall to see what sticks? If recent history is any guide-anything might stick.

Why not “Odd Owls”? When does NFT market become a parody of itself? The value of an object is in direct relation to what someone is willing to pay for it. A collection of owls could work, provided the right people see it.

It isn’t difficult to create a pixelated ape, alien or odd owl. Fiverr and Upwork are replete with designers eager to create the NFT of your dreams.

When a clip art rock sells for $1.3M one has to start looking at the world in a different light

In fact, someone with rudimentary Microsoft Paint skills can pull simple designs of the kind that have proved most popular.

How one gets noticed seems to be the key to selling these simple designs for millions of dollars to rich buyers eager to snatch them up at any price.

Gluwa Integrates With ConsenSys’ ITX, Up To 15% Cheaper Transactions