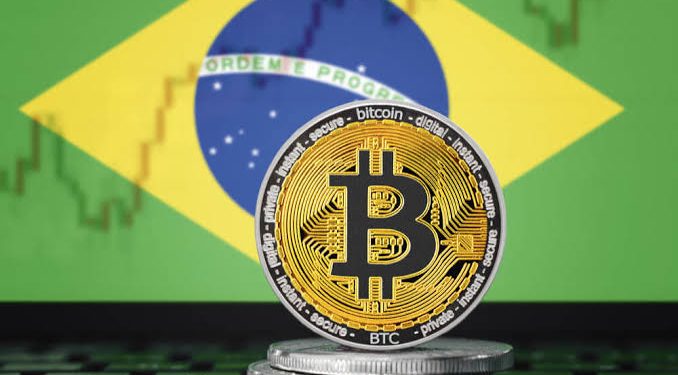 by Ken Emmanuel
in Business
Reading Time: 3 mins read
0
Share on FacebookShare on TwitterShare on LinkedinShare via WhatsappShare via Email

Bradesco, a major bank in Brazil and one of the largest in Latin America, has issued tokenized credit notes worth approximately $2 million as part of a pilot project to explore blockchain technology.

The bank has also announced a partnership with BolsaOTC as part of this project. This makes Bradesco the second bank in Brazil to experiment with tokenized assets, following Itau Bank which tokenized its first digital asset in July of last year.

Edson Moreto, Bradesco executive director, stated that they are “continuing to test and study the benefits of blockchain technology using the innovation ecosystem, Inovabra, to deliver new operations to our customers.”

The desire for blockchain technology and cryptocurrencies is growing among giant banks and corporate companies. Many are taking steps to enter the crypto market, with some in the planning stages and others already beginning to make moves. Some institutions are waiting for legal regulations from their respective countries to allow them to fully enter the market.

In the coming years, many giant banks and corporate companies will likely enter the crypto market, with those who enter early likely to see the most benefits.

Financial technology in the future

Asset tokenization, which involves transforming physical assets into digital tokens on a blockchain, is being hailed by some analysts as the next development in market technology. These digital tokens can stand in for ownership of things like land, works of art, or even basic materials like gold. According to a BCG and ADDX analysis from December 2020, the market for asset tokenization may generate $16 trillion in revenue by 2030.

In Brazil, several banks have already begun experimenting with tokenization and tokenized assets. Itau Unibanco, one of the largest banks in Brazil, was the first to execute tokenization tests by issuing assets to employees and customers of the bank in July.

Following this, the bank announced the creation of its tokenization unit, which would be focused on offering tokenization services to customers. This would allow them to tokenize and sell their assets using a platform built and controlled by the bank.

Bradesco, another major Brazilian bank, is also experimenting with tokenization and tokenized assets. According to local sources, more banks in Brazil are expected to include tokenization as part of their services portfolio in the future.

This is in part due to the recent cryptocurrency law that was sanctioned in December, which provides a clear regulatory framework for banks to offer these services in compliance with the law.

The use of blockchain technology in tokenization allows for greater transparency and security in the ownership and transfer of assets. It also allows for fractional ownership, meaning that assets can be divided into smaller units and sold to multiple investors, making it more accessible to a wider range of people.

This has the potential to open up new opportunities for investment and liquidity in various asset classes. As such, it is not surprising that many financial institutions are exploring the potential of asset tokenization and how it could be integrated into their services

Brazil’s launch of its first tokenized credit notes will enhance the country’s financial transaction rates, create more opportunities within the country, and cause drastic improvements in the country’s economy.