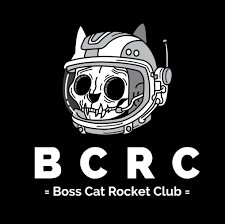 One of the most successful initiatives utilizing non-fungible tokens (NFTs) on the Cardano blockchain is the Boss Cat Rocket Club (BCRC). This project, which was released a year ago, is a collection of algorithmically created, rocket-riding cats.

Now, BCRC is working to develop Boss Planet, which will be its own metaverse with a unique twist.

Boss Planet was established by Blue Magic, a participant in the well-known Bored Ape Yacht Club (BAYC) community as well as the proud owner of Ape #4064. The mission of Boss Planet is to create an inclusive metaverse in which other Cardano projects can work and socialize with one another.

Members of the BCRC team, explained in a recent interview how the Boss Planet metaverse is coming together with an impressive roster of partnerships and influencers. This not only differentiates BCRC from its competitors but also presents a roster of rewards for the entirety of the Cardano community.

The vast majority of NFT projects have been developed up to this point on the Ethereum blockchain; but, doing so has a price tag attached to it in the form of steep gas fees.

At the beginning of May, when BAYC launched its metaverse platform Otherside on Ethereum, plot-buying occurred simultaneously. The resulting virtual land grab resulted in the destruction of 55,843 ether, which had a value of nearly $157 million at the time.

Because of occurrences such as these, the founder of BCRC, Blue Magic, decided to investigate alternative blockchains in search of a solution and ultimately opted on Cardano.

Cardano is the eighth-largest blockchain and has a market cap of approximately $17 billion at the moment. It serves approximately four million distinct wallet addresses, and according to Blue Magic, “with near to negligible gas fees, transactions between wallets are extremely affordable.” This is in comparison to other cryptocurrencies, such as Ethereum, where gas fees can easily be over $100.

Catnip (another BCRC developer) continued by saying, “We intended to give affordable NFTs, with the same quality as Ethereum,” and “we believe you bet on the team; you bet on the people. And we placed our wagers with the Cardano Foundation and Charles Hoskinson.”

BCRC was very successful when it first opened its doors back in December. BCRC is consistently ranked in the top ranks of Cardano NFT projects; it claims the largest community of any NFT project employing on the blockchain; and it released a fourth NFT collection, VOX Cats, in April. The genesis collection consisted of 9,999 Boss Cats and sold out in under two minutes.

A metaverse with a focus on community

Instead of going with a platform such as The Sandbox, the BCRC team came to the conclusion that it would be best to construct its own own metaverse in order to better serve the needs of its close-knit community.

A significant number of influential people are supporting the project. Among them is world champion boxer Manny Pacquiao, who is currently constructing his metaverse boxing experience in Boss Planet’s District 5—a location where players may go to train—and who is also a character in the game.

Another is former NBA All-Star Baron Davis, who is also a Brand Ambassador for BCRC and can be seen routinely shooting baskets at the Boss Planet stadium. Davis is a big part of the Boss Planet team.

The energy system of Boss Planet is one of the most forward-thinking aspects of the game since it is intended to encourage the development of a free market economy within the metaverse.

Microtransactions and trade can both be completed at a cheap cost using this platform. “We want this metaverse to be a place where people can come to hang out and meet their favorite athletes, influencers, and musicians. We also want it to be a location where they can watch their favorite athletes compete. In addition to that, Catnip added that they have the opportunity to bring in cash without actively doing anything. This is accomplished through the use of token rewards, royalties, and games that need players to play in order to earn money.

And there’s plenty to keep players busy while still giving them opportunities to make money. KCMG, the first Asian team to win the Le Mans endurance race, are constructing their own metaverse experience, in addition to hosting live racing events, as well as other activities such as concerts, movie theaters, and shopping malls.

However, much like in the real world, all of the activities require energy, which is gradually depleted over the course of time. Players are required to “recharge” their energy by “sleeping” in metaverse hotels and “eating” digital energy items in order to maintain their level of activity.

These activities and items can only be purchased with the native Boss Planet coin. The most recent event was the distribution of a free OG VOX Cat avatar to all members of the community. This avatar comes with an additional amount of energy already built in.

Players will need the token for all transactions in the virtual world, and it is also compatible with other applications in the Cardano ecosystem. The beta launch of Boss Planet is scheduled to take place early in the new year, and a major drop is planned to coincide with BCRC’s first anniversary in December of next year.