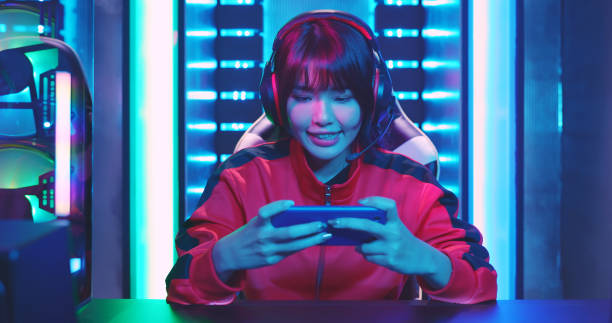 by Jay Speakman
in NFTs
Reading Time: 8 mins read
0
Share on FacebookShare on TwitterShare on LinkedinShare via WhatsappShare via Email

Blockchain gaming is experiencing a meteoric rise in both user engagement and investment, with mainstream gaming studios keeping a close eye on the emerging sector. Keep your friends close, but your enemies closer seems to be the mantra. There is no doubt that traditional gaming studios like AE Sports have this in mind as blockchain gaming threatens traditional gaming companies core business.

So, for those burned out on FTX, craterring coin prices and flat-out rug pulls we offer a quick guide to blockchain gaming and how it might lead to wider adoption of blockchain technology.

Blockchain games are video games that have their mechanics powered by cryptocurrency, smart contracts, and NFTs. It is also known as Web3 games, Play-to-Earn (P2E) games, or cryptocurrency games. There is much semantics discussion within the game industry, mainly used for marketing purposes.

NFTs are meant to be used for in-game items in blockchain games only. However, they could also power a crypto-based game economy.

Regardless, ownership elements are critical for a Blockchain-based game. In-game assets, or in-game currencies, are owned by players, which are traded in exchanges and markets. Clothing, gear, weapons, and currencies are all examples of in-game assets.

There is also an element of collectibility, as players hold onto their digital objects.

Companies can allow players to have a voice in a game’s future, by including a management model, while third-party developers can create services on top of the existing game. What is exactly a Decentralized Application (DApp)?. Ethereum is the first programmable blockchain, which allows developers to create software on it.

These are called smart contracts. To create a decentralized exchange, for instance, one contract is needed to set up the liquidity pools, while another contracts rules about functionality. A decentralized application, or DApp, is made of one or more smart contracts. A DApp can be used by game developers to distribute in-game items to users.

It is one of the easiest ways to integrate Web3 elements in your games. DApps, on the other hand, can handle more complicated rules, like adding economics or setting game rules.

Nine Chronicles is one example of a game running completely on its own blockchain, while Soccerverse is a manager game using the Xayas Custom Blockchain. Keep in mind that blockchain games and Web3 games are not new concepts.

Non-fungible tokens (NFTs) were first introduced to players with a mobile game called Spells of Genesis back in 2017. This was before the ERC-721 token standard was created, and these NFTs existed in Counterparty, a Layer 2 network built on the bitcoin blockchain. With the implementation of the ERC-721 token standard in 2018, the concept of NFTs took off. However, only now, four years later, are we seeing games released with qualities that are on par with what mainstream players are used to.

More importantly, the process for getting in has evolved. Instead of having to tinker around with private keys and MetaMask, players can now just create an account. In the background, games may be creating a wallet, but gamers are never aware blockchain technology is fueling their experiences.

Major gaming companies like Sega, Square Enix, and Ubisoft are set to launch wallets with NFTs incorporated into blockchain games over the next few years.

Web3-native companies like Gala Games, Mythical Games, and Animoca Brands will become a part of the next-generation gaming. Web3 had a rough year in 2022, as cryptocurrency prices plunged in midst of macroeconomic upheaval, war in Ukraine, COVID-19 pandemic fallout, and an impending economic downturn.

However, development and adoption continues unabated. Blankos Block Party and Star Atlas were added to the Epic Games Store both this year.

Billions of dollars have been invested into blockchain games and metaverse projects, with multiple brands becoming interested in the concepts of digital property, NFTs, and blockchain games. Meta (Facebook) alone has spent over $15B trying to develop their version of the Metaverse-which would include some components of gaming.

According to Blockchain Gaming Alliance and BGAs game report by DappRadar, games now represent a large portion of blockchain transactions. An average of 912,000 wallets interact daily with blockchain gaming dapps as of Q3 2022. These wallets represented 48% of total activity on the blockchain.

Blockchain ecosystems which allow for fast and inexpensive transactions would become popular with game developers. These platforms may flourish if their onboarding systems are convenient for users.

Currently, most game activities take place in WAX and Hive, pushed by gaming DApps like Alien Worlds and Splinterlands, respectively.

When comparing Q3-2022 with the prior quarter, Solana experienced a substantial increase.

Where to find the best Web3 game DApps?

Gaming decisions are often driven by qualitative studies, like star ratings and user reviews. Blockchain technology, however, allows for a more quantified measure. Users are able to supplement their decisions with data from the blockchain, instead of being dependent on reviews.

You can see how many users there are for a game DApp on Web3. You can see how often they are engaging with the DApp, how much value is being transferred across the ecosystem, and what NFTs are going to be worth. Users can find every game DApp that is available in the market right now, through platforms like DappRadar.

The platform offers quantitative measurements that help users to make educated decisions. Unique active wallets, or UAWs, are used for sorting the game’s rankings. Also, NFT Explorer allows players to find NFTs required by a game. To locate a digital asset, just enter a game’s name in the search bar.

What are unique wallets?

Dappradar’s core indicator is the Unique Active Wallets (UAW), meaning wallets that have interacted with a smart contract.

What that means differs depending on the game. For instance, an interaction with a smart contract in Axie Infinity, the strategy combat game, means that someone claims the rewards, while in Splinterlands, playing a game, lending out game cards, or collecting rewards are all considered interactions.

Even if the two games had identical numbers of players, Splinterlands would be higher on UAW. Simply because that game has employed smart contracts in developing their gameplay mechanics.

Many new game projects will either have launched, or entered alpha or beta by the end of 2022. The amount of blockchain games will explode over the next few years, and those games are almost certain to hide any reference to NFTs, metaverses, or cryptocurrency. You will be able to play a game for free, find out you have game items, and then either exchange it in-game or in an open marketplace.

The most active blockchain games in the market are always found at DappRadar. These can be filtered based on which blockchain ecosystems they support, or how much transactions they process. The games ranking on DappRadar is free to use, and provides a further discoverability option where only recent DApps are filtered.

Are gaming DApps worth investing in?

Do not think of gaming DApps as short-term investments. This is not a case of analyzing trends, nor does any of the above constitute investment advice. However, games are probably a big driver for Web3 adoption.

Many will be exposed to concepts like digital property, cryptocurrency, and NFTs. The appealing aspect about gaming DApps is that there are a number of ways to engage with those gaming economies.

One can just play a game, or they can foster businesses that contribute to a games economy. Perhaps some NFTs allow users to own key pieces of a game’s economic framework, or users can run a node that supports a customized, decentralized network.

In the long term, promising projects may bring in healthy returns, but for every successful project, there are going to be projects that do not pan out. Before investing in cryptocurrency coins, NFTs, or a blockchain gaming project, you should always do your own research and never put at risk more money than you can afford to lose.

Square Enix Goes All In on Blockchain Gaming