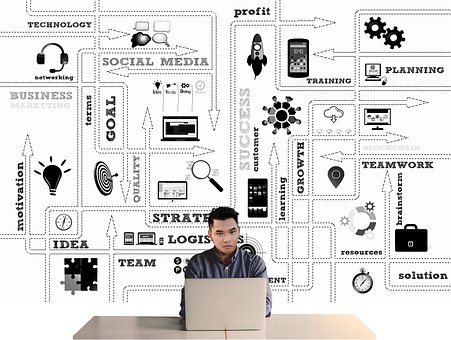 Blockchain has moved beyond a trend and into the mainstream. Companies all over the world are already investing billions in this transformative technology. If you want to be ahead of the curve in the future, you’ll need to understand blockchain by educating and availing yourself of the myriad opportunities to be a part of this emerging global economy.

A blockchain developer is a key part of any blockchain-based company. These developers use programming languages and other technologies to create and maintain applications. They also work to improve and incorporate updated protocols, create front-end designs, and monitor smart contracts. A developer’s salary can vary, depending on experience and the level of responsibility.

There are several ways to increase your salary as a blockchain developer. One way is to specialize in a specific area. For example, you can specialize in DApps development or network security analysis. In each case, you can earn more if you have additional skills that are useful to development.

One of the most crucial components of blockchain development is data structures. The main purpose of data structures is to enable a contract between two parties to be executed without an intermediary. This means that developers need to learn about the programming languages used for creating smart contracts in order to build and deploy such systems. Smart contracts are the core of blockchain networks, and they enable two parties to trade goods and services without the need for a middleman.

If you are considering a career in development, the demand for qualified professionals is growing at unprecedented rates. While the current pool of blockchain developers is limited, the right education and hands-on experience will be invaluable.

In order to become a blockchain developer, you need to have a thorough knowledge of data structures, coding, and distributed ledger technology. Moreover, you should learn a variety of programming languages and platforms.

You can also join a hackathon or an internship with a company that specializes in development. Blockchain developers should be familiar with a wide variety of programming languages, including C++, Python, and SQL.

As the industry continues to grow, the need for developers is expected to increase. With a demand for skilled developers far exceeding the amount of available talent, a degree in blockchain development will give you a leg up on your competition.

Moreover, it will allow you to get started right away and start making an impact in the field. In a development program, you will get the opportunity to work alongside industry leaders and build your own projects. You will gain first-hand experience with platforms such as Ethereum and Bitcoin Core. You will also learn how to create your own private blockchain.

As the technology has become more advanced, developers must have the necessary knowledge and skills to develop real-time applications. For example, you need to understand blockchain data structures and smart contracts. Blockchain is based on cybersecurity, so developers must know how to write hack-proof code.

A good blockchain developer has a solid computer science background and experience in network development. They also should possess some low-level programming skills and be well-versed in existing solutions. They should be able to delve into the source code of various projects and be able to explain the major approaches used.

Developers must also be familiar with various programming languages and be able to collaborate with a team to develop a customized solution. They should also be able to write test-driven source code and implement interfaces and features using existing programming languages. Blockchain applications require complex calculations and cryptography, which requires specialized knowledge.

What if you don’t want to be a developer?

We get it. Not everyone is cut out for coding but there are other ways for you to participate in the blockchain economy. There are countless free courses available that can get you started in a career that won’t involve a moment of coding. Take a look at some free resources we’ve gathered.

The global supply chain is a $50 trillion business and the foundation of the global economy. Today’s supply chains are in fact, a Byzantine system that depends on often outdated technology-including fax machines and literally tons of paper. It is an antiquated system that is ripe for disruption.

This beginner-level course is offered for free through Coursera in conjunction with INSEAD, a leading international business school. You can pay a course fee of $35.99 and receive a certification upon course completion.

In fact, the courses we’re profiling here are all offered for free on Coursera. Many are for beginners and as mentioned earlier are free (if you don’t care about receiving an official certification) and are taught by renowned experts such as Don Tapscott, a globally recognized speaker and educator on blockchain technology and Alisa Acosta, the Director of Education and Research at the Blockchain Institute, to name only a few.

Blockzeit has no relationship with Coursera but we are in favor of spreading adoption and certainly want to share free resources with our readers.

For those that don’t want to be developers, the industry will still need designers, writers and marketers to help spread adoption by welcoming new users into the space. By having a clear understanding and a certification you can show potential employers you’ll be well on your way to securing your place working in a revolutionary technology across a wide range of industry.

Superpower Squad Launches the Final Phase of its Beta

7 Items You Can Buy with Bitcoin that Might Surprise You

Bitcoin has grown to become a major player in the financial world. As more merchants begin to recognize its benefits...