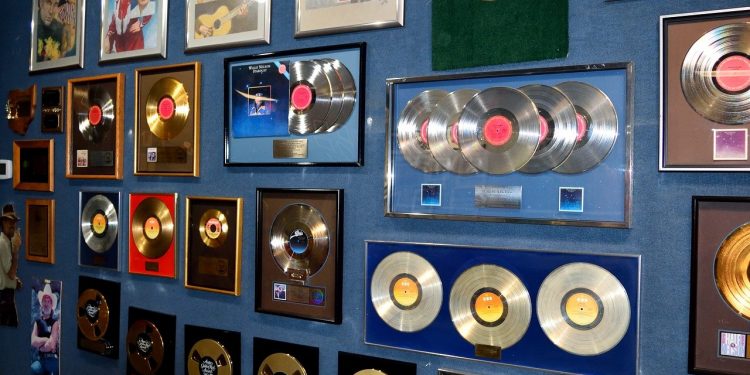 Blockchain Company Audius Is Changing The Tone Of The Music Biz

Blockchain has arrived in the music industry. One of the leading blockchain music companies is Audius which recently made headlines when announcing its partnership with social media giant TikTok.

Universal Music Group, the largest of the three major music-label conglomerates, recently went public at a valuation of around $53 billion. The IPO was a powerful demonstration of the benefits that music industry titans have reaped as a result of the streaming era. However, the picture is much murkier for artists.

According to Audius, a blockchain-based streaming platform backed by Pusha T, Katy Perry, Nas, and other celebrities, only 12 percent of the music industry’s $43 billion in revenue in 2017 went to artists. Audius and a slew of other crypto music platforms hope to change that. Here’s how they plan to do it:

A free, decentralized streaming service, Audius boasts six million plus users and is one of the most popular non-finance blockchain applications. The platform employs the native AUDIO token for a variety of purposes, including staking and rewarding artists based on fan engagement.

Holders will also have access to exclusive content and the ability to vote on protocol upgrades. Ultimately, 90% of AUDIO tokens will be distributed to artists.

Audius recently announced a partnership with TikTok, allowing its approximately 100,000 artists to upload music to the social network with a single click — popular Audius acts include Disclosure, Skrillex, and Steve Aoki.

The vast majority of TikTok’s billion users say the video platform is their primary source of new music discovery, which explains how it has catapulted previously unknown artists like Lil Nas X into viral mega-fame.

Audius isn’t the only decentralized music app that’s gaining popularity. As of last month, Catalog, which bills itself as a blockchain-based version of Bandcamp, had paid out $213,234 to approximately 100 acts. Songcamp, an experimental blockchain-based “songwriting camp,” enables collective online collaboration, including tools to help acts fund and distribute their projects across the internet.

Many of cryptocurrency’s most popular evolutions, such as DeFi, have been directly related to finance. Audius users, on the other hand, don’t even need to know what cryptocurrency is to use the app (which is available on Apple’s App Store and Google Play), highlighting the potential for crypto-powered, community-governed protocols to transform the entertainment industry by giving both artists and fans a stake.