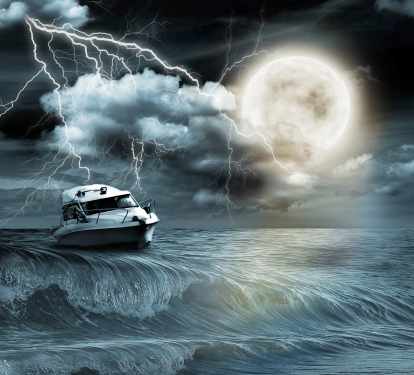 Despite a new round of news only bears could love, Bitcoin’s price held up surprisingly well last week. However, FTX contagion risks remain and continue to be a drag on the market.

The FTX scandal has drawn comparisons to the Bernie Madoff and Lehman Brothers scandals. Trust in centralized exchanges is eroding as Bitcoin flows into self-custody wallets reach record levels. Monthly Bitcoin exchange outflows reached a new high of 106,000 BTC, according to Glassnode.

Increasing self-custody is generally a positive for prices because it indicates a high demand vs. supply. The current situation, on the other hand, is causing a bank run, testing exchange liquidity, and cascading insolvencies.

According to the Wall Street Journal, the crypto lending platform BlockFi is preparing to file for bankruptcy. The company has acknowledged that it has significant exposure to the FTX exchange.

BlocFi, Gate.io, and Genesis are all having issues

The announcement comes after BlockFi suspended customer withdrawals last week. Withdrawals have also been halted at the AAX exchange in Hong Kong. On Twitter, there are also reports of Gate.io’s possible insolvency.

Following reports of problems at Genesis Global Trading, the cryptocurrency community has demanded proof of reserve from asset manager Grayscale. Grayscale, which is owned by Digital Currency Group, is backed by approximately 634,000 BTC for its GBTC product. According to reports, the company keeps its Bitcoin in reserve at Coinbase, run by Brian Armstrong. However, it refused to provide on-chain proof for security reasons.

The average on-chain trend is showing signs of bottom formation. However, given the euphoria of last year and the massive void left by FTX, the cleansing period could be more painful.

Unfortunately, the dust on the FTX story has not yet settled, at least not by much. As a result, we do not believe we have reached the bottom.

According to the Bank of International Settlements (BIS), between 73 and 81 percent of retail Bitcoin buyers lose money on their investments. This was previously the sweet spot from which Bitcoin drawdowns reversed.

We will argue, however, that Bitcoin has never experienced a crisis on the scale of FTX. As a result, its price could drop by as much as 90% from its peak this year or next. This theory is supported by two strong pillars: the current retreat of retail buyers and the lack of interest among whale buyers.

Furthermore, we can draw parallels to the 1929 Wall Street Crash. There was a lot of excitement leading up to this event, with shoe shiners on the streets of New York and Chicago giving out stock tips to customers and a market euphoria that led both small and large investors to believe they couldn’t lose money.

We’ve said it before, and it needs repeating. Never risk more money than you can afford to lose. While many see this latest crash as a historic buying opportunity, history tells us that it will not be the last, and prices could fall much further.