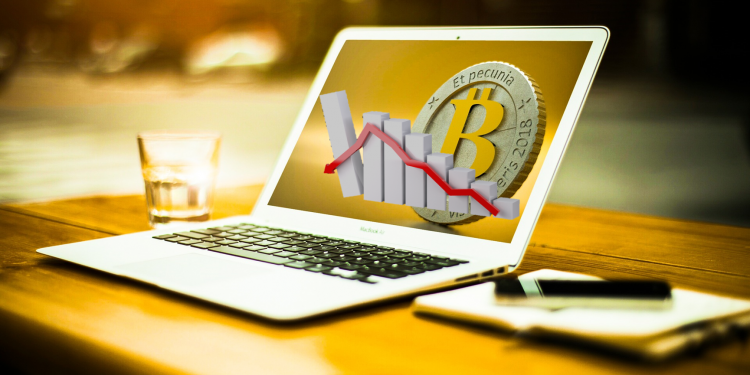 by Pascal Niggli
in Bitcoin News, Markets
Reading Time: 3 mins read
0
Share on FacebookShare on TwitterShare on LinkedinShare via WhatsappShare via Email

Nerve-wrecking times for Bitcoin holders: The Bitcoin price fell sharply to $42,000 dollars as Elon Musk indicated on Twitter that he might sell Tesla’s Bitcoin. Just last week, Elon Musk tweeted that Tesla will not accept Bitcoin as a payment. Musk has been going back and forth on Bitcoin which has caused volatility in the Bitcoin price.

Just last week Musk announced in a tweet that Tesla will no longer accept Bitcoin. His reasoning behind it lies on environmental concerns as he believes that mining Bitcoin would cost too much energy. Although he confirmed that he will not sell any Bitcoin that Tesla is currently holding, the backlash on twitter was huge as Bitcoin enthusiasts responded with hate and disappointment.

The backlash on Twitter was huge upon this tweet. For which reason some people took Musks side, saying that they would understand if Musk would now even sell Tesla’s Bitcoin. And look at this – Musk replied!

This tweet on Sunday, May 16th sent Bitcoin prices tumbling to $42,000 a 3 month low. But this is not all yet, as Musk tweeted again 12 hours later, re-insuring that Tesla has not sold any Bitcoin.

Again this affected Bitcoin prices. Making it rise back to $45,000. At this point, Musk has been single handedly affecting the Bitcoin price just by sending out tweets. For Bitcoin maximalists this of course is frustrating and they do not hold back in their disappointment on Twitter.

As Musk is distancing himself from Bitcoin, he is still holding his support for Dogecoin. He recently tweeted that he is working with Dogecoin developers on improving the system transaction efficiency of Dogecoin, thus making it more energy efficient. In another tweet Musk asked whether Tesla should accept Dogecoin. Dogecoin has been a big hype in recent months, however, it is difficult to understand why Musk is supporting this coin. Doge has an unlimited cap. Every day 14 million new Dogecoins are mined, unlike Bitcoin that has a cap at 21 million Bitcoins.

It appears that Musk does enjoy the attention that he is receiving through his tweets. He has supported Dogecoin and Doge fans love him. He has been pro Bitcoin and the Bitcoin fans loved him. But there are two ends to a stick. Now that Musk announced that Tesla will not accept Bitcoin, many Bitcoin maximalists turned on him. It is to hope that this hate and disappointment from the crypto community will not sway Musk to turn his back completely on crypto as this would hurt the growth and adoption of crypto.

Furthermore, it is important that Musk does not keep on tweeting every thought he has about crypto as it has proven to show that it affects prices. Musk has been accused for market manipulation before as he tweeted about Tesla stock. As the stock market is regulated, the SEC had the power to mute him. Unfortunately, this is different in the unregulated crypto world where prices are still heavily affected by social media, influencers and mass mentality.