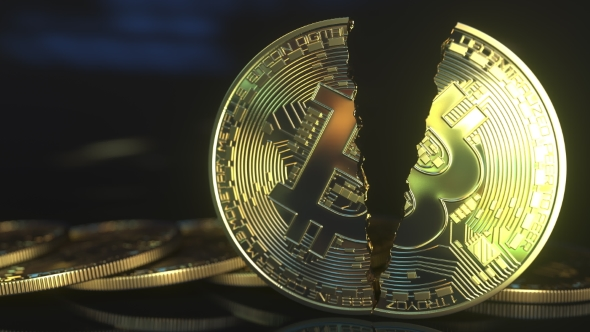 by Vincent Munene
in Bitcoin News
Reading Time: 2 mins read
0
Share on FacebookShare on TwitterShare on LinkedinShare via WhatsappShare via Email

Bitcoin just nuked to $20,000! This was an expected scenario, but everyone was hoping it wouldn’t happen. Technical analysis showed there was a possibility of a break to the downside though the fundamentals were pretty strong. Read about our previous Bitcoin analysis.

Is BTC at A Point of No Return?

On June 11, 2022, BTC broke the multi-year support zone and tumbled down to $22508 in two huge daily red candles. Initially, we had postulated a bullish bitcoin scenario where it retests the 200 EMA for the second time at around $39045 (Test #2). However, this was not to be.

Since June 11, BTC has been on a downward trend with massive selling pressure from the bears.

Some speculate that the Celsius debacle was the tipping point for this asset which caused it to break its support. While this might be the case, it is not the reason for the sustained sell pressure. The first large sell-off ignited a cascade effect of other traders dumping their BTCs on the market, which further pushed the price down.

Is the Selling Over?

Consulting the Bitcoin chart, it is clear that the blood is not over yet. Bitcoin touched a low of $20079 on June 15, but unfortunately, there is no support there. The next substantial support for Bitcoin is between $19,878 and $17,735.

This zone is important because if it is broken, BTC can crash all the way to the $14,000 region. The recent Bitcoin price action is a result of a chart pattern we examined last week: The bear flag. Now according to the rules of the bearish flag, the Bitcoin sell-off should halt at around $17,735 to $17,200. This might not be what the majority of investors and traders want but the charts do not lie.

Furthermore, the BTC is in a free fall. The $17k support is not as strong as we would like it to be. In short, the case for a bearish Bitcoin is stronger than that of a bullish Bitcoin. The overall market sentiment is: ‘Brace for more blood’