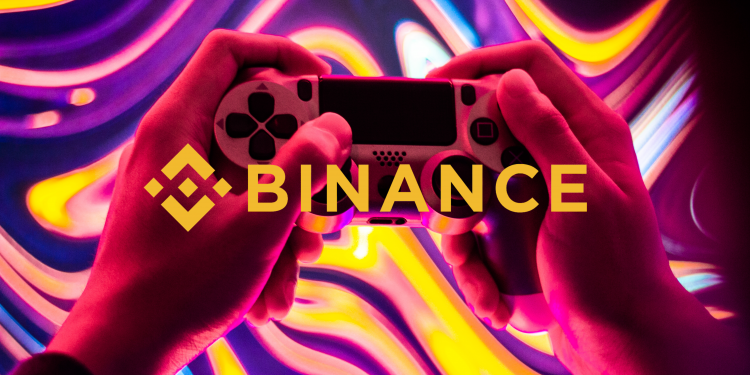 According to a recent report, Binance Smart Chain has produced the most blockchain games in GameFi. Leading by 36.6%, BNB seeks to establish itself as a leading blockchain games provider during the current early stages of GameFi.

The current GameFi landscape has grown so much since its inception. Compared to when it first started out, there are now several Blockchain networks contributing new games each year. The likes of BNB Chain, Ethereum, WAX, Solana, and Polygon have each contributed a series of innovative blockchain games such as CryptoKitties, Axie Infinity, Alien Worlds, and more.

Among all these networks, a recent report by Binance revealed that the Binance Smart Chain leads in contributing the most blockchain games in GameFI. In total, the top 3 blockchain networks dominating the GameFi landscape are BNB Chain, Ethereum, and Polygon. All three currently account for around 70% of all Web3 games. 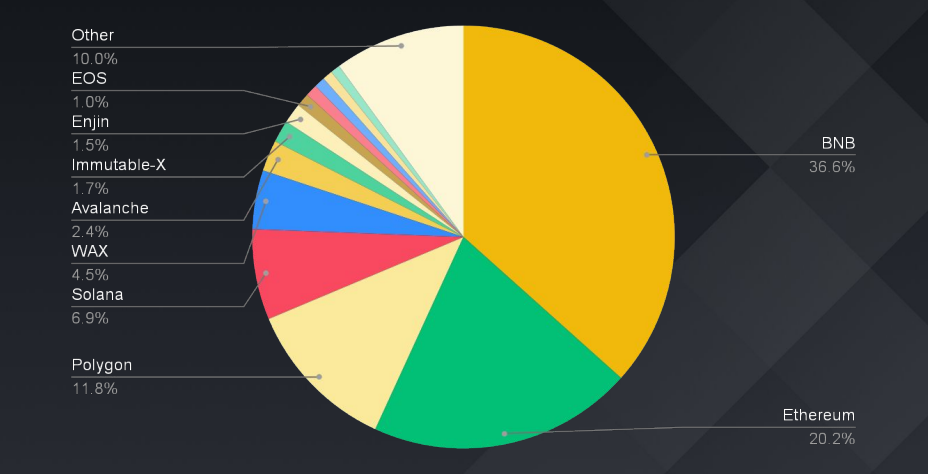 Binance dominates the crypto gaming landscape with a total of 36.6% of overall games derived from the network with Ethereum at a close second at 20.2% Popular game titles like Thetan Arena and CryptoBlades are known to have been built on the BNB chain and are continuing to produce additional features and updates to its games.

In December of last year, Binance launched a $200-million investment program with Animoca Brands to help early cryptocurrency gaming projects build on BSC. The partnership seeks to gain insights and expertise from Animoca Brands to drive mainstream adoption across the gaming sectors.

Moreover, the network has continually sought to improve its number of games every year and has frequently shown support for GameFi industry growth. Binance produces blogs showcasing its roster of fun blockchain games and has also provided free GameFi education through its Binance Academy content.

GameFi is still in its early stages. Not only narratively but even based on data, most blockchain games are still currently in development. Only 32.7% of total blockchain games are live, so we have not yet seen the full scope of what builders are planning for the genre soon.

Despite mobile blockchain gaming being a huge popularity, Web-based games are ahead of mobile games. Web3 games available on Android and iOs enjoy a prolific gaming market in Asia so it’s not surprising that it’s a close second behind web-based games. A common theme with both of these mediums is the ease of access both offer to most gamers since they do not require an expensive gaming PC to play.

Binance seeks to establish itself as a leading Blockchain games provider by continually providing the space with not only a variety of different games but also helping educate netizens on GameFi information. BNB along with other leading GameFi networks remain bullish on what the blockchain gaming industry has to offer for the years to come.

What Is An NFT Drop – All You Need To Know

7 Items You Can Buy with Bitcoin that Might Surprise You