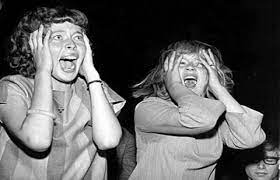 FTX is in freefall triggering a market-wide collapse with all major cryptos down significantly. Image: Getty Images

Binance announced Tuesday that it has signed a letter of intent to acquire FTX, delivering a shock to the market after a public spat between the world’s two largest crypto exchanges, which contributed to “mass panic” on the news. The firms did not disclose the deal’s value, which is non-binding and subject to due diligence.

Bitcoin, Ethereum, and the rest of the market were down significantly. Solana was down over 17%. The phrase “mass panic” is now on the lips of both retail and institutional investors.

Zhao stated that Binance made the decision after FTX approached the crypto behemoth for assistance. “To protect users, we signed a non-binding LOI with the intention of fully acquiring FTX and assisting with the liquidity crunch.” “We will conduct a full DD in the coming days,” he tweeted.

UPDATE: The FTX token is down over 72% to $6.08 according to CoinMarketCap.

Binance, the world’s largest crypto exchange, was the first to back FTX, but as the younger company grew in popularity, the relationship between the two began to deteriorate.

The two billionaires have been sniping at each other for months, but the relationship reached an all-time low earlier this week when Zhao announced that Binance was selling its holding of FTT, the native token of the FTX exchange, which it received as part of an exit from the firm last year.

Zhao stated that the firm was liquidating its FTT holdings as part of its “post-exit risk management,” lending credence to a widely circulated rumor about Alameda Research’s precarious financial situation.

Bankman-Fried founded Alameda, a prop trading and market making firm with some exposure to FTT tokens. According to Binance’s trading view, the FTT token fell to as low as $14.32 from $25.47 earlier on Tuesday as investors lost faith. Due to the perceived risks, research firm Bernstein suggested to clients earlier Tuesday that FTX consider shutting down Alameda.

“The immediate trigger is Binance, but FTX should resolve its relationship with Alameda.” FTX is unable to maintain its current ownership structure with Alameda. FTX must completely ring-fence itself and, in the worst-case scenario, shut down the Alameda prop trading business. If Alameda’s trading operations have an impact on FTX’s customer confidence (perception of Alameda trading against FTX users and Alameda’s financial state), then there is more downside to running Alameda than otherwise,” Bernstein analyst wrote in a note.

On Tuesday, Bankman-Fried expressed “huge gratitude” to Zhao and Binance, calling the transaction “a user-centric development that benefits the entire industry.”

“CZ has done an incredible job of building out the global crypto ecosystem and creating a freer economic world,” Bankman-Fried said in a tweet.

He stated that FTX is working to clear the withdrawal backlog. “This will alleviate liquidity constraints; all assets will be covered 1:1.” This is one of the primary reasons we asked Binance to join us. “It may take some time to settle, etc. — we apologize,” he said.

The world’s most valuable crypto exchange

Binance is the world’s most valuable cryptocurrency exchange, with a market capitalization of more than $300 billion. In its most recent funding round (a Series C) in January of this year, FTX was valued at $32 billion. Among its many investors are Sequoia Capital, BlackRock, Tiger Global, Paradigm, Thoma Bravo, SoftBank, Ribbit Capital, Insight Partners, Lightspeed Venture Partners, Altimeter Capital, Coinbase Ventures, Sino Global, BOND, and Iconiq Growth. According to Web3 Signals, a crypto dealbook, FTX and its FTX US business raised over $2.2 billion in multiple funding rounds.

The announcement on Tuesday stunned the business world and even the crypto community, which has grown accustomed to unpredictable developments this year. Bankman-Fried was heralded as a crypto savior earlier this year after purchasing a number of companies.

According to a source familiar with the situation, Bankman-Fried attempted to raise additional capital from investors before approaching Binance. According to Axios, the move has surprised many existing investors.

MetaBridge: A New Crypto Asset To Rely On