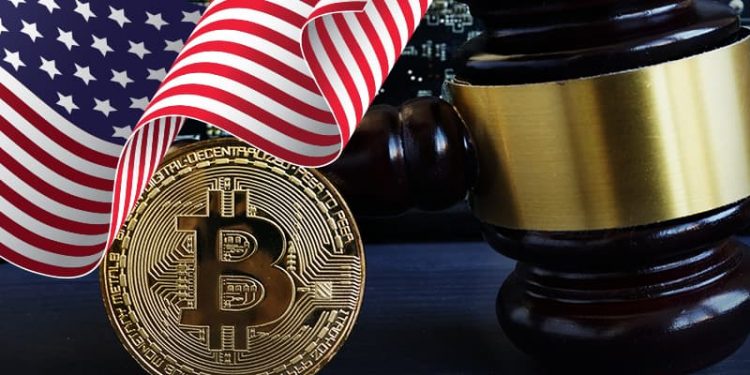 crypto legislation in the US min

The United States government may be planning to task several federal agencies to create digital asset regulation as a matter of national security. According to reliable sources, the executive order is expected as early as February. According to a Barron’s source, the White House pans to analyze digital assets such as cryptocurrencies, NFTs, and stablecoins to create a regulatory framework. As per the report, the White House plans to:

“Bring order to the haphazard approach that the government is now using to regulate crypto.”

A cohesive set of policies to regulate Bitcoin and cryptocurrencies

The source indicated that the Joe Biden administration considers Cryptocurrency regulation an essential component of national security. Its goal is to take a holistic look at crypto-assets to “develop a set of policies that give coherency to what the government is trying to do in this space.”

Bloomberg reported a few days ago that the White House was keen to create a cohesive set of policies to regulate Bitcoin and cryptocurrencies as current legislation and enforcement are scattered across sectors and agencies. A person familiar with the White House’s plan told Barron’s:

“This is designed to look holistically at digital assets and develop a set of policies that give coherency to what the government is trying to do in this space […] because digital assets don’t stay in one country, it’s necessary to work with other countries on synchronization.”

Reports indicate that the government’s regulatory efforts would reportedly involve the State Department, Treasury Department, National Economic Council, and Council of Economic Advisers, as well as the White House National Security Council as the administration gauges that cryptocurrencies have “economic implications for national security.”

Different aspects of the cryptocurrency market are dealt with by various agencies, including the Securities and Exchange Commission and the Commodity Futures Trading Commission. Still, there’s little coordination and consensus when it comes to classifying the many different assets in the market.

U.S. regulators have been actively broaching the subject of digital assets in the recent past. Only last month, the U.S. Congress had a hearing on Stablecoin regulation and arguments on the environmental impact of cryptocurrencies only last week. In the meantime, the Federal Reserve also released the anticipated Central Bank Digital Currency (CBDC) report on January 20, 2021. As this happens, the Bank of Russia has been flirting with a total ban on cryptocurrencies even as Russian President Vladimir Putin asks the Central Bank to work with government agencies to look at the sunny side of digital assets.