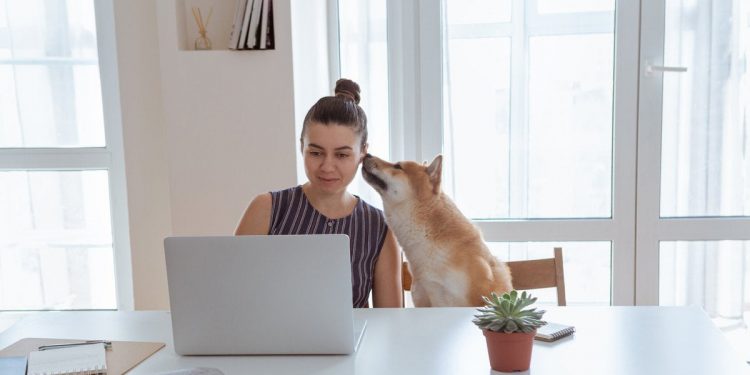 What cryptocurrencies should you invest in for 2022 and beyond? Consider this. In the past ten years only 2014 has seen the overall market capitalization of cryptocurrency decrease. Past performance doesn’t always predict future results, and it’s true that the pandemic has caused some crazy speculation in the crypto sphere, as well as a spike in digital asset fraud in 2021. Yet, the market continues to grow.

And billions of dollars have been lost due to scams and “rug pulls” ( yes, we’re talking to you Squid Game token) in which scammers disabled the ability to sell the token and walked away with the profits.

However, crypto is rapidly becoming more mainstream, and while regulation is a risk, it is also one of the strongest plays as digital assets are legitimized by firm rules from global governments.

That’s because it serves a purpose other than being a store of value, with its Ethereum network easily claiming the title of the most widely used blockchain in the world. Ethereum’s native currency, Ether (ETH), is one of the best cryptocurrencies to buy because smart contracts, nonfungible tokens, and even other cryptocurrencies trade on top of it.

Ethereum does have some drawbacks. Its blockchain is slow, and transaction fees are high. You would know this first hand if you’ve spend $200 on an NFT, only to be charged another $200 in ETH gas fees. As a result, some buyers (and developers) have chosen to use different blockchains. Despite these drawbacks, Ethereum’s native ETH token increased by more than 450 percent in 2021.

Ethereum’s fortunes may improve in the coming year. The second phase of the Ethereum 2.0 upgrade is set to be completed in 2022. The proof-of-stake protocol will be extended to the entire Ethereum network as a result of this. When the final phase of the upgrade is completed in 2023, Ethereum’s blockchain will be significantly faster, more scalable, less energy-intensive, and have significantly lower transaction costs.

When it transitions from the proof-of-work protocol to the proof-of-stake protocol, ETH will be far more energy-efficient than Bitcoin, eliminating the energy-intensive need to validate transactions on the blockchain through elaborate computational efforts.

Bitcoin is by far the largest cryptocurrency by market cap and the most time-tested store of value in the asset class, making it a must-have for any crypto investor. The coin, which celebrated its 13th birthday on January 3rd, has a total market cap of nearly $900 billion. It accounts for nearly 40% of the total market value of cryptocurrencies and is the only digital asset with a US exchange-traded fund tracking its movements. BTC is the most mature cryptocurrency in its class and one that companies like Tesla Inc. (ticker: TSLA) and MicroStrategy Inc. (MSTR) have on their balance sheets. It is a must-have investment for the crypto-curious.

While Ethereum will soon address some of the energy issues that have plagued Bitcoin, Solana has addressed one of Ethereum’s most significant issues: transaction fees. These “gas fees” make even small Ethereum transactions unprofitable, but Solana’s fees are a tiny fraction of ETH fees.

Solana, like Ethereum, was designed to be a high-quality platform for decentralized finance, or DeFi, which eliminates financial middlemen and traditional financial gatekeepers and institutions such as banks, brokers, and centralized exchanges. Solana, which was launched in 2020, has a small but growing market share, with the coin’s value rising from $1.51 at the start of 2021 to more than $160. Solana currently trades at $137.11.

Cardano, founded in 2017 by Ethereum co-founder Charles Hoskinson, is one of the largest blockchains to successfully run the less energy-intensive proof-of-stake protocol. Cardano’s mission is to create a developer-friendly ecosystem for decentralized applications, or dApps.

Unlike Ethereum, Cardano has a hard limit on the number of coins that can ever exist, which currently stands at 45 billion. On the other hand, the huge amount of coins is one reason why Cardano struggles to stay above $2.

Fortunately for investors, 33.5 billion, or roughly 74%, of that supply is already in circulation, implying that the amount of dilution remaining is both known and relatively limited. Cardano, one of the best cryptocurrencies to buy right now, has risen from 22 cents to around $1.30 in the last year. It reached an all time high of $3.10 this past September.

Critics don’t like Cardano’s painstakingly slow, peer-reviewed approach and they’ve made some questionable deals (Dish Network) but 2022 may finally be the year that Cardano breaks out.

It’s true that Dogecoin is well-known for being a cryptocurrency inspired by memes that began as a joke. However, being a meme token is far from an indictment in the world of cryptocurrency, where both Dogecoin and Shiba Inu rank in the top 15 in terms of market cap.

However, there is a serious reason why Dogecoin is one of the best cryptocurrencies to invest in right now: Elon Musk is a true believer, not just the ironic fan he was assumed to be during Dogecoin’s epic rally in 2021, as he revealed on a podcast with Lex Fridman in early January.

Given the clout that Musk’s name carries in the cryptosphere, it’s surprising that there hasn’t yet been a price reaction. If mainstream media picks up on Musk’s fascination with the currency again soon – or if the enigmatic billionaire makes his love for Dogecoin more public – Dogecoin could see some rocket shot gains.

This is by no means a comprehensive list, only a quick ‘Fab Five’ to consider. As always, do your own research and never invest more than you can afford to lose, especially given the volatile nature of the crypto market.