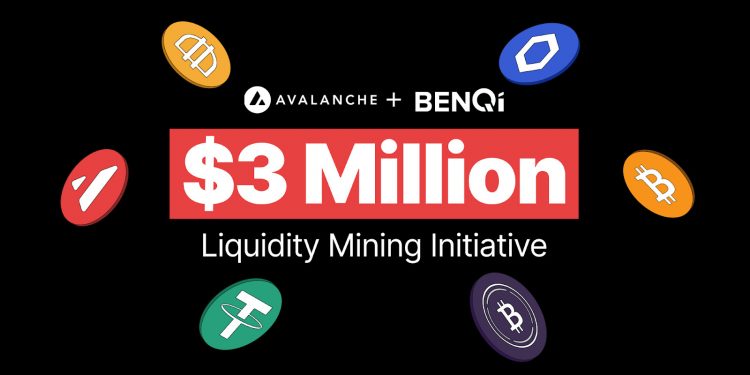 by blockchainnews
in Press Release
Reading Time: 4 mins read
0
Share on FacebookShare on TwitterShare on LinkedinShare via WhatsappShare via Email 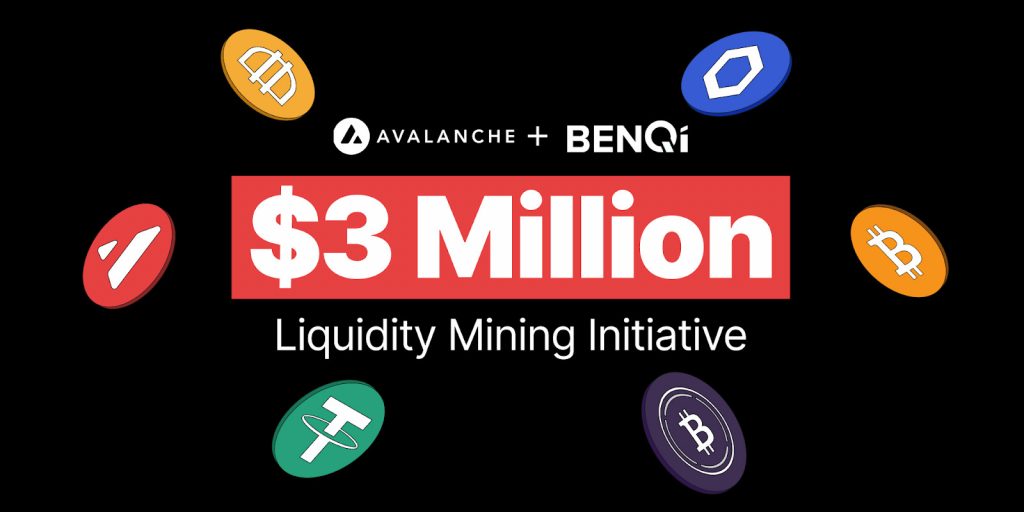 BENQI, an algorithmic liquidity market protocol, and the Avalanche Foundation are collaborating on a joint liquidity mining program to celebrate the launch of the BENQI protocol on the 19th of August and the next phase of growth within Avalanche’s DeFi ecosystem.

$3M of AVAX will be allocated as liquidity incentives for BENQI users, with additional incentive programs coming soon. The AVAX will be offered as rewards to users who are lending and borrowing AVAX, ETH, LINK, wBTC, USDT, and DAI on the protocol with BENQI.

AVAX is the native token of Avalanche. It’s a hard-capped, scarce asset that is used to pay for fees, secure the platform through staking, and provide a basic unit of account between the multiple subnets created on Avalanche.

Marketplaces like these are imperative for price discovery. The leading AMM on Avalanche, Pangolin, has seen $1.3B+ in total trading volume since launch in February.

The next phase will focus on expanding upon a variety of high-performance financial primitives, like money markets. With the launch of the Avalanche Bridge, a revolutionary secure bridging architecture that leverages Intel SGX to support quick, secure, and low cost asset transfers between the Avalanche and Ethereum networks, BENQI and other select projects are leading the charge, with many more dapps expected to launch on Avalanche.

“Decentralized finance (DeFi) is primed to take off on Avalanche with the arrival of another cornerstone DeFi functionality. BENQI is joining a rapidly growing ecosystem of DeFi users, assets, and applications on Avalanche, and we expect users and developers to leverage BENQI to expand the utility of their assets.” says JD Gagnon, Co-Founder of BENQI.

“BENQI is launching at a key moment for Avalanche users and the broader DeFi ecosystem. Its technology adds a missing piece to the puzzle, and will make Avalanche even more attractive to users being priced out of other networks,” says John Wu, President of Ava Labs, a team supporting development on Avalanche. “This is an exciting step in a broader community initiative to bring more assets and liquidity onto the platform.”

Built on Avalanche’s highly scalable network, BENQI’s is bridging decentralized finance (DeFi) and institutional networks beginning with the launch of BENQI on the Avalanche C-Chain. Through BENQI, Avalanche users will be able to earn interest on their assets, obtain credit through over-collateralized loans and earn QI governance tokens as rewards for providing liquidity on the protocol and Pangolin. For more information about BENQI, please visit: benqi.fi

Avalanche is an open-source platform for launching decentralized applications and enterprise blockchain deployments in one interoperable, highly scalable ecosystem. Avalanche is the first decentralized smart contracts platform built for the scale of global finance, with near-instant transaction finality. Ethereum developers can quickly build on Avalanche as Solidity works out-of-the-box.

Why China Pushes Their Digital Yuan Over Bitcoin

Four NFT Collections That Are Trending On OpenSea.io