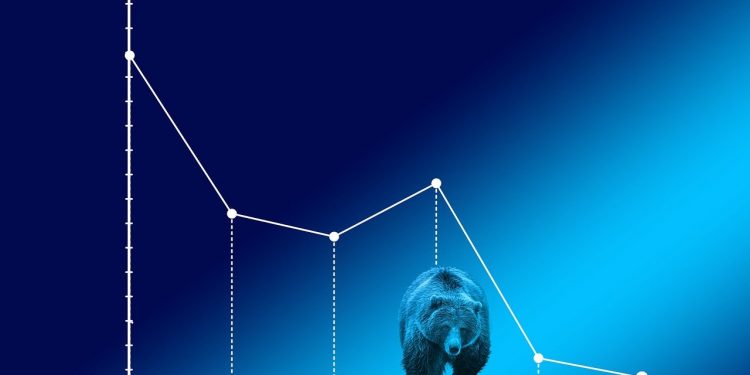 by blockzeit
in Trends
Reading Time: 4 mins read
0
Share on FacebookShare on TwitterShare on LinkedinShare via WhatsappShare via Email

Financial markets often represent a headache for many investors due to their instability, regardless of whether it is traditional or digital. Currently, not only cryptocurrencies have experienced downward trends that have left more than one worried after the urgent need to generate returns over the months.

To the point that the technology companies that are listed on the stock market have also been severely affected, which leads us to think that we are going through a difficult phase in the financial markets, which, believe it or not, are affected by the economic environment and society of the world hier.

What is a bear market?

If we are looking for a concept that defines a bear market, it would be pointing more towards a trend where digital assets usually fall considerably during a specific period; this time can be short of a few hours or days or last for months or months. A bearish market usually lasts less time than a bullish one; what happens is that it is a market where volatility is the main protagonist.

Bear markets have always existed; let us remember that markets move cyclically, contributing to the free development of digital currencies and their supply and demand, which contributes to the stipulation of the price of said assets.Some of the most common causes that generate a bear market are the economic or financial situation of a particular nation that has an impact on the world economy; in some cases, recession or inflation are usually the main factors.

Secondly, the returns generated by a particular digital asset are not considered the most appropriate. So, in one way or another, its users stop acquiring it as a measure of pressure in the face of a reality that does not seem to be the most successful.

And in third place is the willingness of users to sell or exchange their digital assets after a constant decline that attacks their estimates of invested capital, which is why they prefer to withdraw before losing.When in a downtrend, financial markets tend to be more volatile, as price movements can be more abrupt and unexpected.

These trends do not usually last very long; they are shorter than the uptrends.

For traders, the best stage is the Low?

For many investors, downtrends are usually the harbinger of a new recovery phase and, therefore, extraordinary gains since digital assets have bottomed out strongly. This reason makes investors and large corporations acquire as many cryptocurrencies as possible in downtrends, waiting for them to increase in value and then be able to withdraw the long-awaited profits.

As happened last year, between ups and downs, Bitcoin managed to position itself at the financial market level with unimaginable historical values ​​, which continued to increase over the months. In short, it is better to invest in the downward trend since the price allows it and to store until the moment in which at least a double increase of what was invested has been achieved.

If a phrase is accurate, something good always comes out of every crisis because that is where many investors focus their position to encourage the extraordinary declines that digital currencies have had.  Pessimism is the feeling that, to date, overwhelms the cryptographic ecosystem, causing many of the users to be infected; we have seen how the two cryptocurrencies with the highest growth have collapsed in unexpected values.

All this means that the worst stages always yield collective benefits. That is why there is an urgent need to prepare financially and academically for the development of digital currencies as the future of the world economy.

Such is the case of the geopolitical confrontation that Ukraine is going through with Russia. Therefore, this has been the best time for cryptocurrencies to shine with their potential as financial instruments that, in one way or another, safeguard the economic situation of both nations.

That is why the best suggestion is to anticipate a bullish phase that could arise at any time, giving way to the gains expected by many.

A great revolution is found around digital currencies, not only the downward trend that they have gone through but also the need for countries to establish regulations that allow them to operate with greater security and confidence with Bitcoin or other digital currencies.

Not everything that seems negative affects the market; it may be the forecast of a new stage that a new bullish phase will define.

Crypto enthusiasts dream of more than just revolutionizing money. They also want to reinvent the World Wide Web. Their vision,...

Oil Companies are innovative and are leveraging blockchain, which is an introduction to digital Technology for faster adoption. Arriving at...