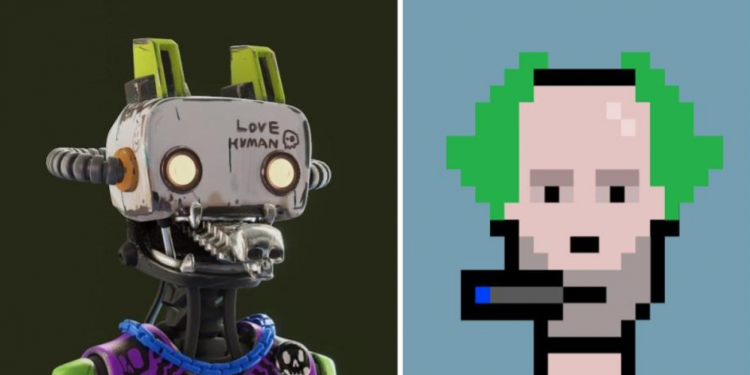 Bad Bots vs Bladerunner Punks: Which NFT Project Is Better?

by Jay Speakman
in NFTs
Reading Time: 7 mins read
0
Share on FacebookShare on TwitterShare on LinkedinShare via WhatsappShare via Email

The first NFTs were a series of profile pictures (PFPs), designed to be used as avatars for social media accounts. The “CryptoPunks,” created by Larva Labs in 2017, were among the first in the sub-genre.

The 10,000 algorithmically generated punk portraits are 24 x 24 pixels, with ultra-rare alien and zombie types appearing at random only a handful of times.

When launched “CryptoPunks,” were given away for free to anyone with an Ethereum wallet. During the early 2021 NFT boom, these Punks soon rocketed in value. CryptoPunk #7804, one of nine “alien” types, sold for $7.57 million in March. The stunning price piqued the interest of high-end auction houses as well as people only casually familiar with NFTs.

Soon after, Christie’s sold a gang of nine CryptoPunks for just under $17 million in May. Sotheby’s then sold CryptoPunk #7523, an alien wearing a mask, beanie, and earring, for more than $11.7 million in June.

What Explains the Popularity of Punks?

The punk avatars were inspired by the British punk scene of the 1970s, which reflects the rebellious nature of blockchains’ rise. While anyone can take a screenshot or download an image of these avatars, only one person can officially ‘own’ each one. This is what makes them such a high-profile purchase.

While each avatar in the collection is unique, some are thought to be more rare than others. This is determined by the one-of-a-kind line of code used to generate each avatar. Over 9,000 of the avatars are human women and men, but a few are aliens, zombies, and even apes. These rarer avatars frequently command significantly higher prices.

Avatars with more accessories are also more expensive. The most accessories any single avatar can have is seven, making it extremely rare and expensive. So, what makes these CryptoPunks so desirable to crypto enthusiasts?

Purchasing NFT art makes you a one-of-a-kind owner, with blockchain documentation of all previous owners. Because of this one-of-a-kindness, CryptoPunks is a wise choice for investors who believe in the NFT market.

In general, the value of an NFT will only rise as public perception and popularity rise.

Bots vs Punk: Which NFT to Buy?

Keeping the popularity of the CryptoPunks in mind I sought to find a similar, yet affordable project that also had the potential to moonshot given the right metrics. The project had to have the following:

I had been buying NFTs for several months, mainly scouring sites such as OpenSea and Nifty Gateway to try and find quality projects that were still on the down low and checking for alerts about upcoming drops from well-known artists. It was hit or miss to say the least. I got lucky with Merge by Pak. Not so much on 8th Wonders by 8th Project, as these Cubist-inspired NFTs have barely moved, averaging under 2 sales a day.

Armed with what I’d learned so far about evaluating NFT projects I was determined to hit a home run (or at least get on base) with my next NFT buy. Here’s the initial steps I took:

I found two projects that grabbed my attention. The first was a unique 3-D robot collection called Bad Face Bots on OpenSea. The other was Bladerunner Punks, on OpenSea as well as Nifty Gateway.

Since I’m a science fiction geek as well as a huge Blade Runner (the original) fan, both projects were appealing in that they had that cyberpunk, dystopian feel combined with fun and unique art. I felt this was especially the case with the Bad Face Bots as there weren’t too many 3-D PFP projects out there-at least that I knew about.

The Bladerunner Punks (spelled that way to avoid copyright issues with the movie franchise) at first glance seemed derivative, leaning heavily on the the original CryptoPunks-and they say as much on their website-stating that they were inspired to build on the CryptoPunk legacy.

These punks were different though in that they are all forward facing. It doesn’t seem that significant a difference but for PFPs forward facing avatars are now the preferred aspect.

While the numbers on Twitter were nearly identical, there appeared to be much more engagement from the Bladerunner Punk followers, with numerous posts, retweets, and overall support for the project and new owners joining. That wasn’t as noticeable with the Bad Face Bots account.

Bad Face Bots had a much larger Discord community than Bladerunner Punks. While that seemed significant to me, I thought the level of discourse on Discord with the Bladerunner Punks crowd was much higher.

The website of a project, as well as the roadmap or vision for the project’s future, are important because they provide current NFT owners with a sense of inclusion and a shared sense of purpose, which helps build the community. 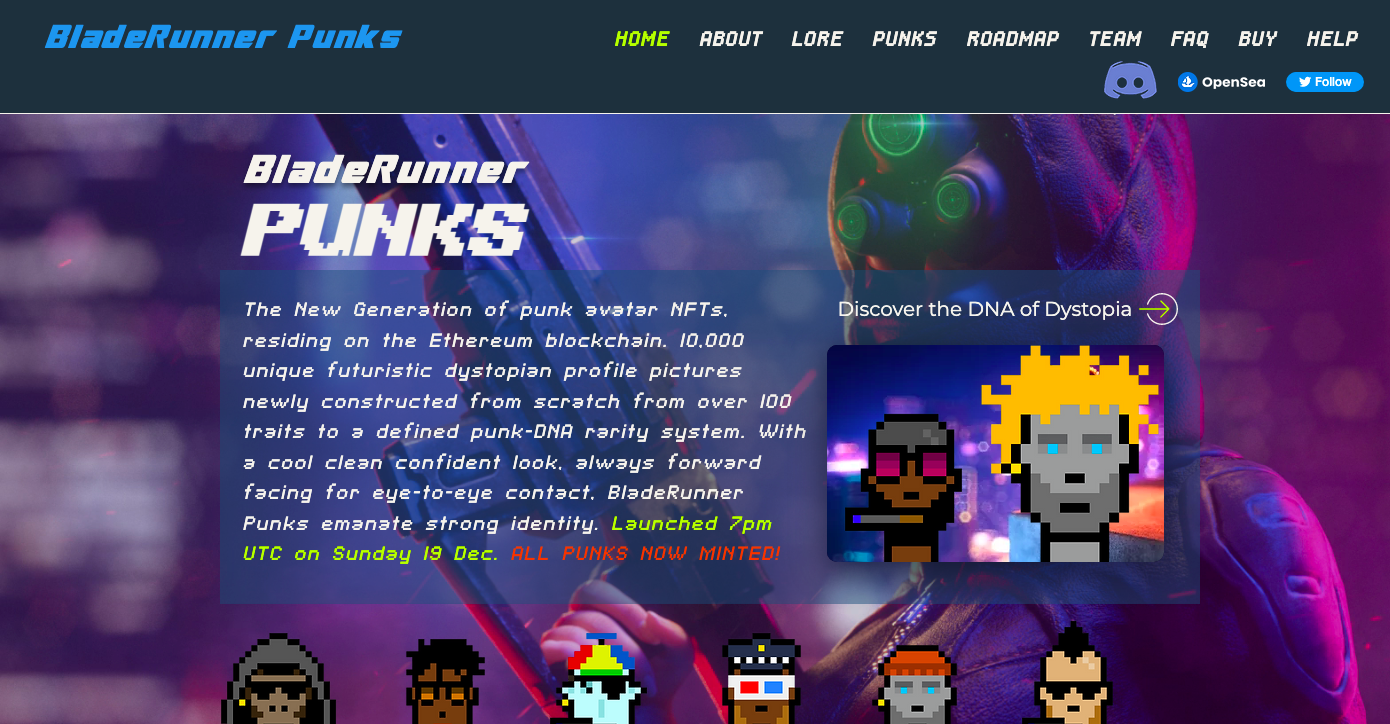 The BRP website was more welcoming and provided a clear vision of the project and community, as well as a detailed roadmap. The Punks section, in particular, impressed me because it displayed all of the collection’s various traits and rarities. A well-thought-out website.

While the Bots are eye-popping, the BFB site lacked the detail and overall appeal of the BRP vision. I believe the art and design of the Bad Face Bots are one-of-a-kind, and the 3D aspect is unusual and should work well for profile pictures. I simply wanted more information about future community benefits and a more fully developed roadmap.

In the end, I chose the Bladerunner Punks because they seemed a good deal with enough rarity to indicate their value would likely increase in the future.

The table below shows the properties of my Bladerunner Punk.

Owning an uncommon, green-haired, vaping clown with a shadow beard and a dead-eye stare gives one sense of pride. It’s also an awesome PFP. I paid around $300, which included gas fees, which was significantly less than what a comparable BFB would have cost. A BFB’s starting price is more than three times that.

Regardless of what the metrics show, I always believed that you should buy what you like. That’s great if you’re just into collecting NFTs you think are cool, but it’s not usually a great indication of what’s actually popular in the market and what is going to increase in value.

I actually prefer the art of the Bad Faced Bots, and I may still purchase one, but I’m happy with my Bladerunner Punk, and it’s nice to be a part of the Twitter community. Another thing I discovered after purchasing my first Bladerunner Punk a few months ago is that several professional athletes and rappers are also owners. In the future, this will help to generate interest and drive value.

These are two projects worthy of following.