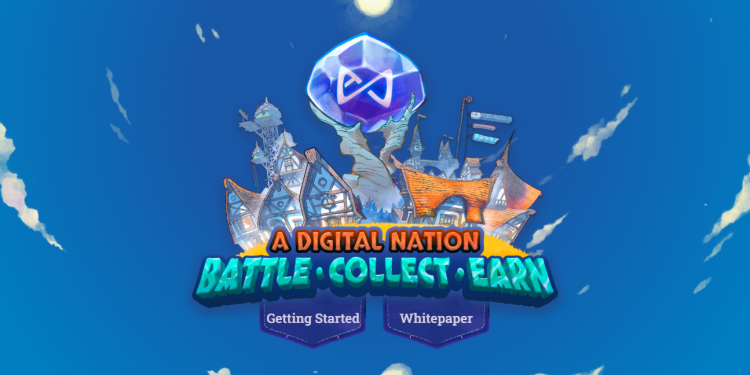 by Vincent Munene
in Metaverse, NFTs
Reading Time: 7 mins read
0
Share on FacebookShare on TwitterShare on LinkedinShare via WhatsappShare via Email

NFT-powered play-to-earn games are a progressive shift witnessed in the gaming industry. P2E games present users with an offer that is almost too good to be true of actually earning money by playing games.

Axie Infinity is one of the games, not just one of the biggest play-to-earn (P2E) games but also one of the most significant NFT projects. Since its launch in March 2008, Axie Infinity has reigned supreme as the single most popular NFT.

What is Axie Infinity

Axie Infinity is a blockchain P2E game that allows players to buy, sell, breed, and battle Axies. The game is available on Android and PC, and its objective lies in building a team of three Axies and battling them against computer-controlled enemies or real-life players.

But, how does someone end up earning money by playing the game?

The easiest way to earn is to play and progress in the game to receive the in-game token. The token identified as Smooth Love Potion (SLP) can trade for real money. How then does one earn SLP?

How to Start Axie Infinity

Are you already thinking of downloading the game? Before that, here are a few steps you need to take before becoming part of the Axie world.

1.   Install a digital wallet and load it with Ethereum (ETH).

Axie Infinity runs on cryptocurrency; thus, one must install a digital wallet first. The recommended crypto wallet is MetaMask.

Once you have the wallet, add Ethereum (ETH), as the game requires.

The next step will be to download a Ronin wallet, mainly available for browsers or as a mobile app. The wallet is strictly required as it is where one stores the digital assets such as Axies and ETH.

In some countries, one can buy Ethereum on Ronin directly.

You can get your Axies by buying them from the game’s official Marketplace or looking for a player who can lend the Axies.

The scholarship is a system applied by Axie Infinity aspiring players to use other players’ Axies to play the game.

Such an instance can be in a state where veteran players collect more Axies than they can manage. Therefore, they lend them to beginners or aspiring players who do not have funds for their own Axies.

However, this is not an in-game feature. The transactions and income agreements go on outside the game platform.

How to Play Axie Infinity?

Axie Infinity’s experienced gamers get the hang of the game after just a few matches. Nonetheless, if one is a total beginner, they may find the game quite convoluted and challenging to understand. But not to worry, you will soon get a grasp of it.

It is a turn-based game, meaning opponents take turns while playing. The main goal is to knock the other players using Axies and their abilities. One has the choice of playing the Axies in two game modes: Adventure and Arena.

In Adventure Mode, it is often ideal for newbies who battle with monsters on different levels and in each, fighting two bosses. In this mode, players could initially earn SLP from winning matches. With the latest update in the metaverse, it is no longer possible. Therefore, it should only be a training ground.

On the other hand, the Arena Mode primarily means a move by experienced players for a real challenge. One fights with other players and their Axies, gaining SLPs and experience points by winning fights.

The thought of a game giving you money is still a wonder. But there are ways you can earn through the game.

You may earn SLP by winning matches in the Arena mode. The amount of SLPs one makes depends on the matchmaking ranking (MMR). The higher the MMR, the more SLPs one can earn.

One then sells the Axies on the Marketplace, which depends on their stats, ability, and rarity.

The process of breeding Axies needs SLPs, which means one has to have enough resources to pursue this endeavor.

When one has a lot of Axies and is not in a position to sell them, they can lend their digital pets to other players. When one lends their Axies, they get a portion of the player’s earnings, depending on the agreement.

The stance towards Axie infinity is undeniably inevitable. Many people see it as an easy way to make money which has seen its support through the many success stories many wish to replicate. So, what does this mean for bigger gaming studios? Will they start adopting this model?

So many questions may arise from such a success in Axie Infinity. Watching games like Axie Infinity shift the paradigm shift is quite a spectacle. Consequently, the thought of NFTs as a gaming medium will be something to behold.

Are NFTs A Good Investment in 2022 and Beyond?

According to a July survey conducted by Variety magazine, consumer sentiments about non-fungible tokens (NFTs) have plummeted, particularly among those...