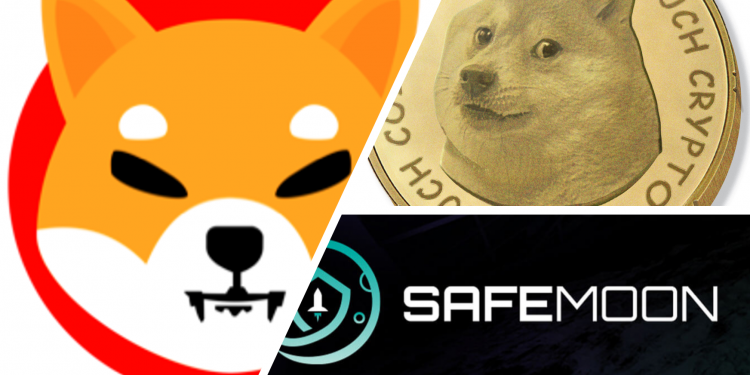 by Aaron Moses
in Trends
Reading Time: 4 mins read
0
Share on FacebookShare on TwitterShare on LinkedinShare via WhatsappShare via Email

It has been a crazy year so far for meme coins. After an incredible rally at the beginning of the year, it showed that meme coins are not immune to the Bitcoin crash in May. The questions is if meme coins are dead or will the insane price movement continue? Some people are hoping for the end of meme season.

It all began when Elon Musk started making tweets about Doge. The meme coin became a Tiktok and a celebrity phenomenon over night and launched the start of the meme craze.

Not long after this Tweet, Dogecoin did a 10x just in a matter of days and other coins such as Safemooon and Shiba Inu followed until the crash in May. Although the entire crypto market crashed, some people say that meme coins are dead and the craze could be over. However, Youtube crypto expert Lark Davis doesn’t think so.

Are meme coins harmful to the industry?

This is unfortunate considering that many believe that what some have called meme coin season was harmful for the credibility of cryptocurrencies. As Lark says: “we have learned nothing!!”. This seems to insinuate that Lark agrees meme coins aren’t beneficial for the space. Hype always seems to end in a crash. Meme coins are absolutely just a meaningless trend, and there’s no doubt the trend will come to can end.

Let’s just say the reason this trend is meaningless is because there is no value proposition or use case for meme coins.

A value proposition means a business that solves a real world solution or the coin has a real life purpose. For example, if you read the article on our website How DeFi Can Mitigate Climate Change, you might have learned that oracles are the links to off chain data for the secure blockchain. That’s real world value. Another example of this is Ethereum. The currency ETH is being used as Gas Fee in all transactions within the Ethereum blockchain.

Some people say that meme coins and tech are great because they provide people with the ability to pay their bills.

Here’s the issue with Dogecoin though. It has terrible tokenomics because it has an infinite supply of tokens. First of all, this doesn’t set the image right for crypto. Crypto is supposed to be a alternative to the unlimited inflation of the U.S. Dollar. Furthermore, around 30% of Dogecoin is owned by a single wallet. This is not safe for newcomers to crypto. Because newcomers to crypto don’t think about things like these whale wallet holders. They just hear that Dogecoin is great and it will make you a lot of money. Therefore, newcomers usually have no idea about the risk of investing in Doge.

So, for someone to be shilling Dogecoin and other memecoins like they’re going to pay everyone’s bills is innaccurate. Doegecoin isn’t any sort of people’s money. Again, the risk factor of investing in Doge is something most newcomers don’t get. If someone is on Twitter and they see, for example, “Dogecoin is going to $10”, they don’t want to investigate why – they’re rational mind turns of and they just think about money without understanding the risk.

Furthermore, newcomers to crypto don’t understand the strategy of taking profits. This is why most newcomers will lose money because they just think that they’re going to HODL until the make 100x. This is a terrible strategy that will most likely lose them alot of money. So, the meme coin hype could really hurt the cryptocurrency industry. They do not help people with understanding how blockchain works and people loose their money might never come back.

All of this being said, meme coins are certainly not dead. Another example why these fun coins will probably have another rally is the fact that Coinbase Pro will be listing Dogecoin in the next couple of days. This will make Dogecoin more accessible to investors. It will be interesting to see if other coins such as Safemoon and Shiba Inu will follow.

People who come to crypto for the technology understand that meme coins are bad for the credibility of the industry. It is likely though that they will disappear sooner or later and the cryptocurrencies with real life proposition will stay. Because without a doubt blockchain isn’t going away and neither are the developers seeking to reshape the world.

This article is not financial advice. Please do your own research before buying crypto.

Is Bitcoin Over? This Is What The Experts Say